More than 10 000 South African school learners protested earlier today against Woolworths Stores over its Israeli trade. The #BoycottWoolworths protest was led by the Congress of South African Students (COSAS) in the Free State. COSAS represents school children in all 9 SA provinces and is arguably the largest school learner organization in the country. Click here for photos from today’s COSAS protest against Woolworths. 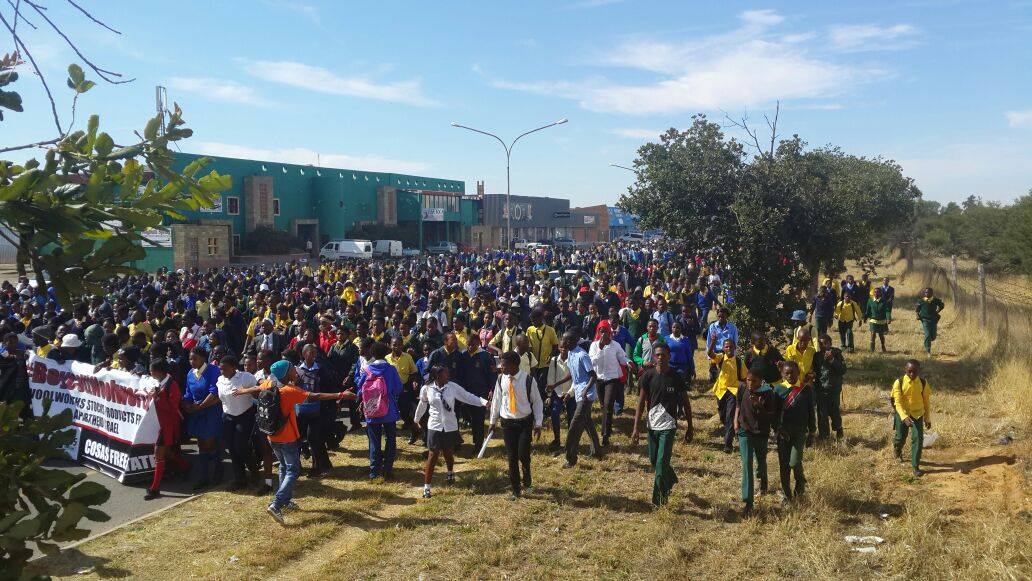 The 15th of May was chosen for the protest to also mark the 67th year of the Palestinian Nakba “Catastrophe” (the 1948 establishment of the modern State of Israel that was the start of the displacement and oppression of the indigenous Palestinian people).

According to COSAS Free State, the protest march by COSAS against Woolworths is “in solidarity with the people of Palestine who continue to experience the harshest form of apartheid by the Israeli regime”. Sipho Tsunke of COSAS Free State said: “We are therefore mobilizing all young people and parents to boycott Woolworths which continues to have relations with Apartheid Israel. We will not be misled by Woolworths and their silly PR campaigns for example their MySchool programme or that of bringing USA musician Pharrell Williams to South Africa. We are telling Pharrell Williams, as school learners of South Africa, to cancel his shows in South Africa until Woolworths ends its relations with Israel.” 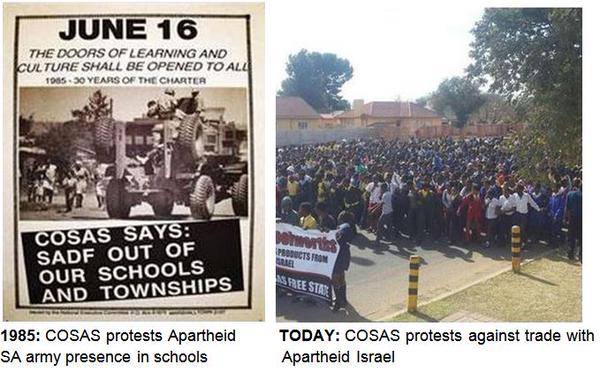 Today’s protest march started at Thabong Community Center at 09h00 and ended at Goldfields Mall (where Woolworths store is located) in Welkom in the Free State. The protest, according to police estimates, drew between 10 000 and 13 000 young learners from various areas in and around the Free State province of South Africa. Further COSAS protests against Woolworths are due to take place in coming weeks in other provinces. 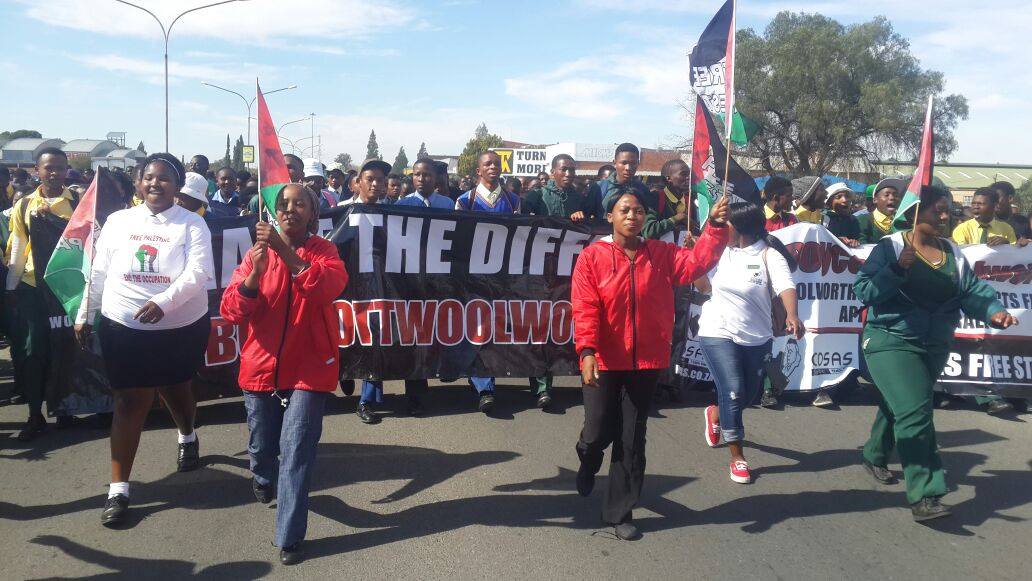 In August 2014 a call for the complete boycott of Woolworths until it ends its Israeli trade links was made by BDS South Africa, COSATU, ANC Youth League, MJC, SACP, YCL, SASCO, PSA, COSAS and various others including the National Coalition 4 Palestine  (a coalition of more than 30 organizations, trade unions and other groups). An independent #BoycottWoolworths impact report by a Wits University researcher has found that Woolworths is losing over R30 million (close to R8 million per month) since the start of the BDS #BoycottWoolworths campaign. According to the report the actual impact “could be in the hundreds of millions”.
Al Nakba BDS Boycott Campaign Congress of South African Students COSAS Demonstration South Africa Woolworths 2015-05-15
ISM Media