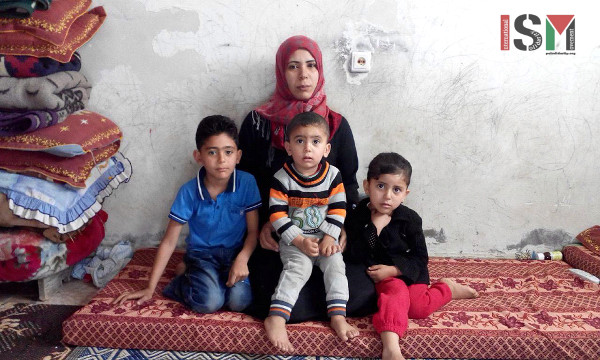 Mohamed’s wife with their three children.

Since the end of the last massacre in Gaza the situation of the fishermen has been worse than ever. They don’t even dare to reach the four mile limit.

Despite the fact that, officially, the sea blockade imposed by the Israeli state starts at six miles, the attacks on the fishermen are continuous even as close as two miles out. 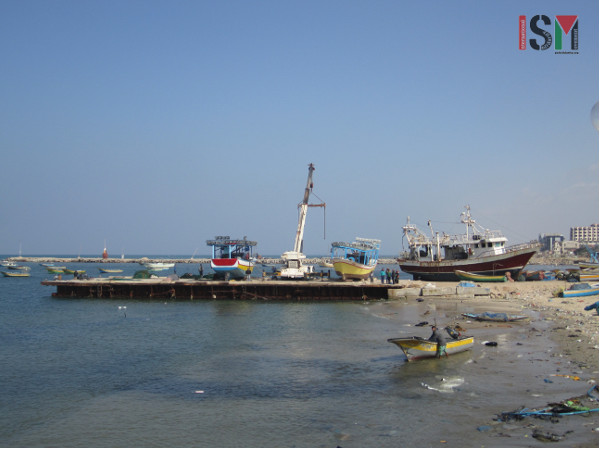 Palestinians locked in Gaza tell us how much the position of the Eyptian government and its total coordination with the Israeli state regarding the policies towards the Palestinian people surprises and saddens them.

To the destruction of the tunnels that supplied the fishermen with fiberglass, necessary to fix the bullet holes in their boats, and the spare parts for engines, has, in recent months, been added the abduction of Palestinian fishermen and vessels that fish near Egyptian waters.

The mother of the three brothers, Nasmiya, native of Yibna, a Palestinian village wiped out by Israeli colonialism during the Nakba, described the umpteenth misfortune that the creation of the State of Israel in Paletine has brought to her life.

On the 16th March 2015, her sons, along with six other fishermen from Al Shati refugee camp, located in the Northern part of the Gaza Strip, headed south to the city of Rafah, trying to escape from the continuous attacks of the Israeli occupation forces and looking for less polluted and exploited waters.

The day after, the family received a phone call from the Egyptian army telling her that the nine fishermen were dead and that their bodies were in Egypt, ready to be returned the next time Rafah border opened.

It wasn’t until two weeks later when one of her sons managed to take a picture of the nine men and sent it to his mother, that she knew they were still alive.

Despite the bad quality of the picture, the signs of torture on their bodies was clear; cigarette burns, black eyes, wounds and bruises. For security reasons Nasmiya asks us not to publish the picture.

The family still doesn’t know the outcome of the trial, and no one dares to make predictions.