Israeli forces began firing tear gas and rubber-coated steel bullets even before Friday’s protest had begun, as the people of Ni’lin were gathering near the local school to begin their march against the Apartheid Wall and continued loss of land.

The protest was initially divided into two. Israeli forces confronted protestors on one side, while townspeople were sneaking behind the military on the other side, attempting to reach the Apartheid Wall without being noticed. Once there, the Palestinian protesters, accompanied by Israeli and other international activists, gathered tinder and rubber tires, attempting to set fire to sections of the wall. The hope was that the heat created by the flames then being extinguished with water could create a rapid change in temperatures and lead to a crack in the concrete wall. Two soldiers discovered the smoke and immediately rushed to the scene, firing tear gas to disperse the protesters. 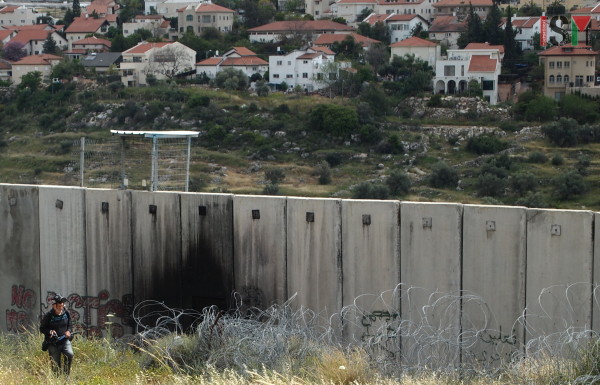 Massive amounts of tear gas reaches the village
Suffering from tear gas inhalation, the two groups of protesters were then forced up towards the village, were they met and reunited to continue their demonstration. The retreat was only disrupted by protesters running into the wheat fields to extinguish a fire caused by the tear gas grenades. 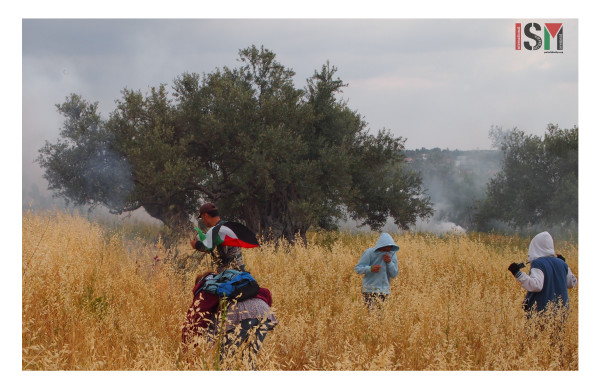 Israeli forces then marched aggressively towards the protesters and launched massive amounts of tear gas. One international activist reported tear gas grenades passing centimeters from her head. Occupying forces fired several rounds of rubber-coated steel bullets and protesters retreated back to a near by abandoned house, which left them somewhat entrapped, before an escape route was found.

The Israeli military, with their overpowering arsenal of weaponry against unarmed protesters, successfully ended the demonstration, as tear gas grenades came alarmingly close to inhabited houses, where young children were out playing and women were doing their laundry. «We don’t want to continue our protest when it gets too close to the village, as we have a long history of soldiers eventually invading and raiding the entire village», local Palestinian activist Saeed Amireh said. «Anyway, we will be back again next Friday. Right now I’m just sorry to have heard the soldiers talking with each other in Arabic as they moved in on us», another local Palestinian activist added. 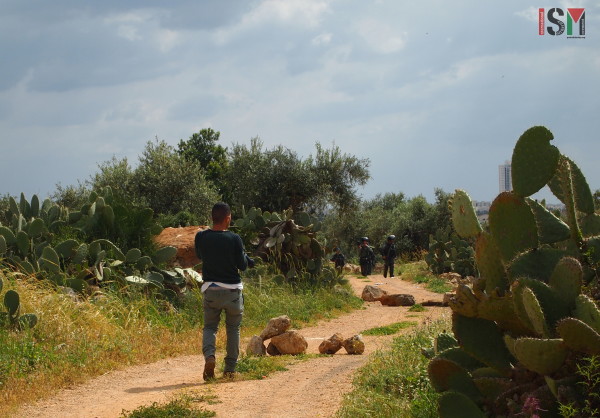 Soldiers closing in on protesters

The isolation of Ni’lin

Ni’lin and surrounding villages lost an estimated 40.000 out of a total of 58.000 dunums (equivalent to 580 hectares) of land following Al-Nakba in 1948, while an additional 8.000 dunums was lost during the Israeli occupation of the West Bank in 1967 and the subsequent creation of the Kirgat Sefer, Mettetyaho and Makabbem settlements. With the building of the Apartheid Wall to the west of the town and an Israeli military camp to the south, Ni’lin has seen another 2.500 dunums stolen. Together, only 7.500 dunums of land are left for the population of Ni’lin, which today inhabits approximately 5.000 people. Compared to “normal” growth rates of Palestinian cities, the population of Ni’lin should have been five times higher than it is today, but continued displacements and unemployment – which might be as high as 60 percent, according to unofficial estimates – have left the town without any significant growth since the Al-Nakba.

Today, Ni’lin is threatened by an approved construction of a tunnel beneath the town, which will be running under the segregated settler-only road and replace the town`s main entrance. The main aim of the tunnel is to impose total Israeli control of movement in and out of the city, but also to further separate Palestinians from their land and to destroy the local economy. Upon completion, Ni’lin and close-by villages will be surrounded by settlements and turned into a virtual prison.

Anti-barrier protests met with continued extreme violence
Protests in Ni’lin have a long history of being met with extreme violence from Israeli forces, with the shooting of a ten-year old boy in 2008 standing out as the most striking example. Since then, several more have been shot and killed or wounded. Additionally, the repression techniques in the army  have often been spraying people with a mix of weak sewage water, animal manure and chemicals known as “skunk,” due to its strong smell, with vomiting as a result.

Friday’s protest left no one injured, despite the massive amount of tear gas and firing of rubber-coated steel bullets. However, evidence of Israeli violence was there, as the 16-year-old boy who was shot in the head last week was back at the forefront of the protest with a bandage around his head and a Palestinian flag in his hand.