History is made by ordinary people
everyday people, with family at home and a regular job
who are committed to peace as a great ideal
to the rights of all
to staying human.

History is us
who risked our lives
to bring utopia within reach
to offer a dream, a hope, to hundreds of thousands of people
Who cried with us
as we reached the port of Gaza

But to take responsibility for the revolution
First, the inner revolution
to give love, to give empathy
It is this that will change the world

Believe this
Stand firm against intimidation, fear, and despair
And simply remain human.”

These were the first words Vittorio Arrigoni posted to his Italian blog after he arrived to Gaza. 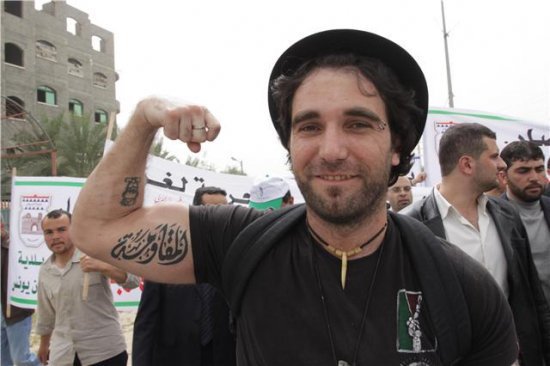 Today April 15, 2015, marks the fourth anniversary of the murder of ISM activist and comrade Vittorio “Vik” Arrigoni in the Gaza Strip. Vittorio arrived in Gaza on the 23rd of August 2008, breaking the Israeli siege on Gaza with around 40 other international activists which he described as one of the happiest moments of his life: “It became clear, not only to the world, but Palestinians also that there are people who are willing to spend their lives to come and hug their brothers here in Gaza.”

From his arrival until his murder on the 15th of April 2011, Vittorio stayed in Gaza to work with the International Solidarity Movement there where he attended regular demonstrations, helped both farmers and fishermen and documented the countless Israeli crimes against humanity that he witnessed. Vittorio also stayed in Gaza during Operation Cast Lead which massacred hundreds of unarmed Palestinian civilians.

Vittorio, we will never forget you. 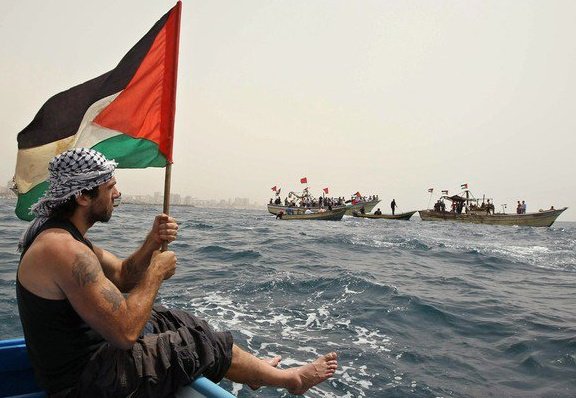 In the words of Vik’s mother, Egidia Beretta:

This lost child of mine is more alive than ever before, like the grain that has fallen to the ground and died to bring forth a plentiful harvest. I see it and hear it already in the words of his friends, above all the younger among them, some closer, some from afar…we were a long way from Vittorio, but now we are closer than ever, with his living presence magnified at every passing hour, like a wind from Gaza, from his beloved Mediterranean, blowing fierily to deliver the message of his hope and of his love for those without a voice, for the weak and the oppressed, passing the baton.

Zionism is an abominable, racist and colonial movement. Like all colonial and apartheid systems, it’s in the interest of all that it be swept away. My hope is to see it replaced, without any bloodshed, with a democratic, secular and lay state – for example on the borders of historic Palestine – and where Palestinians and Israelis could live under equal rights of citizenship without ethnic and religious discrimination. It’s a wish that I hope will soon become a reality.

You can find out more about Vittorio and the work he did in Palestine through this Aljazeera documentary here: