VIDEO: Israeli forces invade ISM apartment as part of a campaign of continual harassment against activists in Hebron

On the night from the 18 to the 19 of February Israeli Military tried to raid the ISM apartment in Hebron. Four volunteers woke up to a loud banging on the front door at one a clock in the morning. Soldiers constantly banged on the front door, threatening to break it open, if the volunteers refused to open it. Repeated questions for whether they had a warrant to legally enter the apartment were negated and replied with comments such as “we don’t need a warrant” and “I am the law”. The soldiers also threatened the volunteers that if they don’t open the door “bad things will happen.” In order to stop internationals from documenting and getting an overview of the situation, the soldiers aimed green lasers mounted on their rifles through the apartment windows. 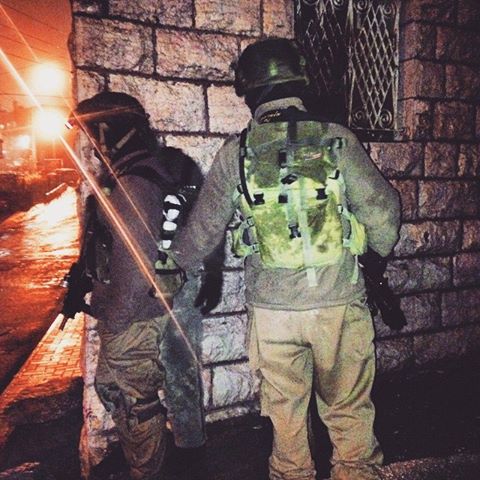 A few days before this incident the internationals were prevented from standing near a school were schoolchildren had to pass a group of soldiers. Israeli forces called the police, who detained ISM volunteers and took pictures of their passports. During the night raid volunteers recognized the voices of the soldiers who had detained them earlier. Soldiers also told them “we don’t need to see your passports, we already saw it.”

The following day ISMers were stopped in the street at every possibility and ID-checked. In the afternoon, on their way back to the apartment, Palestinians warned the ISMers that fifteen soldiers have been asking for them and were trying to arrest them. After about an hour the volunteers were able to come back to the apartment, as the soldiers went back to the military base.

On the morning of the 25th of February, about twenty minutes after two out of the three volunteers left the apartment, soldiers were banging on the door of the apartment another time, demanding that it be opened. The soldiers claimed they were searching for Issa, a prominent member of the Palestinian activist group Youth Against Settlements, whose house was raided the same on the night of that same day. Issa was not present in the apartment at the time. Soldiers threatened the volunteer inside the house, saying that if they were not allowed to come inside, they would “come back at night, break the door and throw grenades into the house.” They threatened that the ISM volunteers “won’t be able to close an eye during night-time.” After more than an hour the dozen soldiers, who had been threatening to enter the house while stopping the other volunteers from going inside finally left. 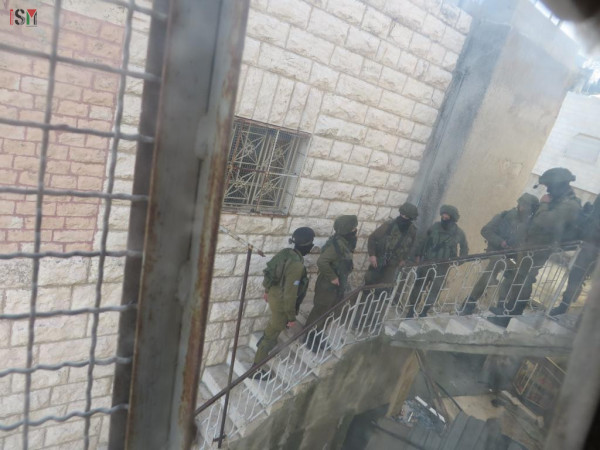 Soldiers in the morning on the stairs outside the ISM house

A small number of soldiers came to the apartment three times that evening, knocking on the door but leaving after only a few minutes.

The following night around 1:00 AM, the volunteers woke up to loud noises at the door, as soldiers started to force it open. The soldiers did not answer when ISM activists asked whether they had a warrant. After about 30 minutes the soldiers broke the door open and came into the apartment, aiming their guns at volunteers.

ISM volunteers tried to document the break-in as soldiers searched the house; they were gathered into the kitchen and at one point  prohibited from making phone calls. 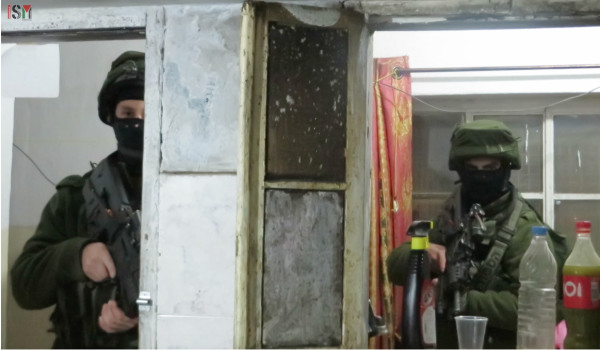 The soldiers took a map from the wall of the apartment, claiming it was sufficient evidence for having the volunteers deported. They left after 30 minutes, threatening that within 24 hours the volunteers will be arrested by the immigration police. As the activists had expected, the threats were groundless; over a week later they continue to work in Al-Khalil.

The following night, when volunteers came back late at night around quarter to one, seven soldiers were just collecting the tools they used to break down the newly repaired door. Another three soldiers stopped the ISM volunteers from going back inside the apartment. After a few minutes, ISMers managed to reach the apartment and found the door destroyed and their personal belongings ransacked.

On the same night, Israeli forces also raided the house of Youth Against Settlements (YAS), also searching the house and taking only one poster off the wall. Soldiers raided the house on the eve of the Open Shuhada Street demonstration; they also arrested Issa Amro, the coordinator of YAS, about a week before. 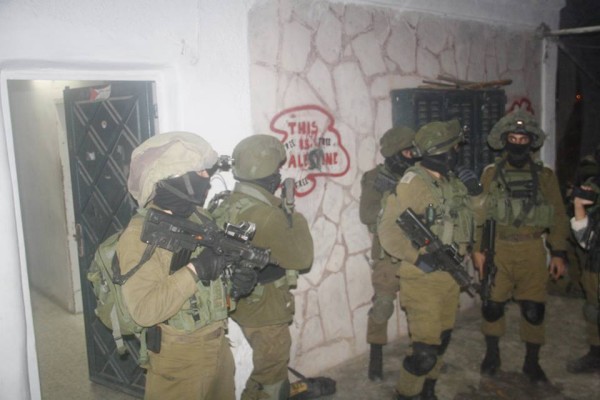 The harassment did not stop after the Open Shuhada Street demonstration – where around 20 were injured, several activists including an17-year-old and a female German activist were shot with live ammunition, and three were arrested.

A couple of days later Israeli border police detained and arrested two volunteers from Christian Peacemaker Teams, stopping them after they had been walking Palestinian kindergarteners home from school.

Soldiers continue to harass, threaten, and detain international solidarity volunteers. Just this morning two ISM and two CPT volunteers were detained for over an hour at a checkpoint, after monitoring the border police aggression toward schoolchildren that morning.