During last week’s Friday demonstration in Ni’lin the inhabitants of the village commemorated the anniversary of US activist Tristan Anderson’s shooting during a protest in the village six years ago. At the demonstration Israeli forces fired several hundred tear gas grenades and canisters, rubber-coated steel bullets, and two rounds of live ammunition at protesters. 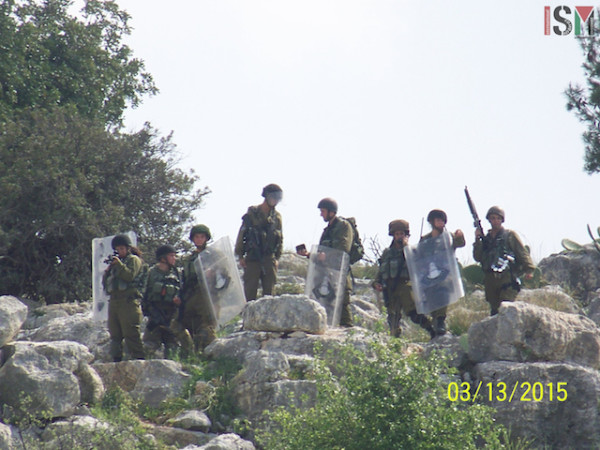 The demonstration began from the village mosque after noon prayers, as villagers accompanied by international and Israeli activists marched down a road leading towards the Apartheid Wall. Palestinians from Ni’lin carried posters calling for justice for Tristan Anderson. 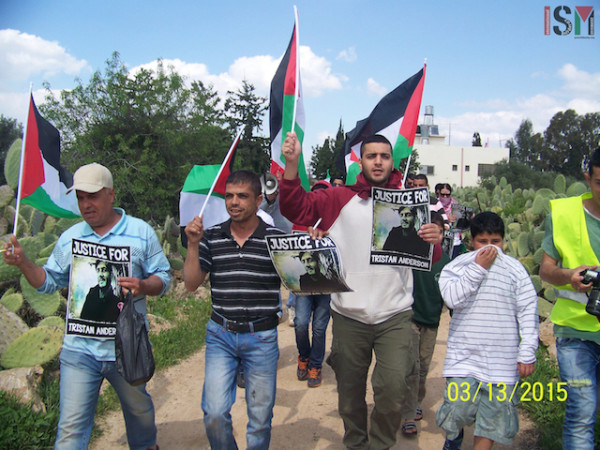 Tristan, who was volunteering with ISM at the time, was shot in the head with a high-velocity tear gas grenade by Israeli border police on March 13, 2009 after that week’s Friday demonstration in Ni’lin. The injury left him with permanent severe brain damage. He now suffers chronic pain, is blind on his right eye, paralyzed and requires 24-hour care. Tristan’s family is currently pursuing a civil lawsuit in court demanding that the Israeli government pay for the extensive care Tristan will need for the rest of his life. 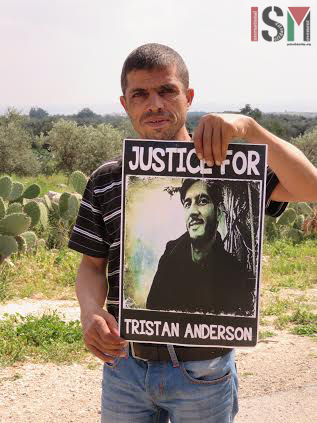 As the protesters were walking towards the wall, which Israel illegally built on Ni’lin’s lands, Israeli forces fired several dozen rounds of tear gas to disperse the protestors. The Apartheid Wall annexed hundreds of dunums of Ni’lin’s land, which the village’s farmers can now no longer access.

After the initial military assault demonstrators spread out into the fields and Palestinian youth began throwing stones toward the army. The clashes went on for several hours, during which Israeli forces fired tear gas and rubber-coated steel bullets. Toward the end of the demonstration, as Israeli forces retreated back behind the apartheid wall, they increased the amount of tear gas fired and threw several stun grenades. Finally as some of the youths followed the soldiers a hill overlooking the village, Israeli forces fired two rounds of live ammunition, though no one was hit or injured by the bullets. The protest ended when the Israeli occupation forces went back behind the Apartheid Wall and shot a few final rounds of tear gas. 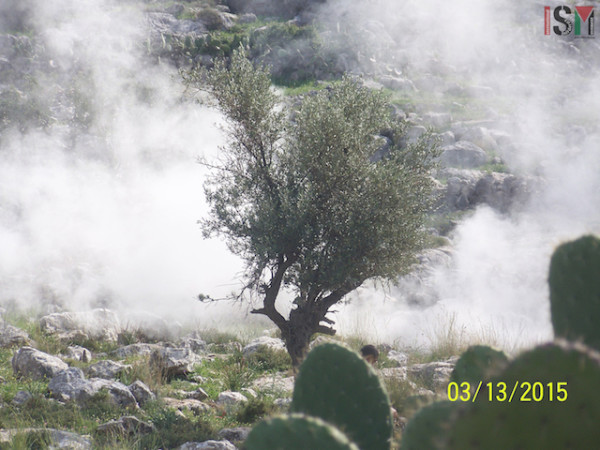