On February 27 in occupied Al-Khalil (Hebron), Israeli forces fired live ammunition towards nonviolent protesters participating in the annual Open Shuhada Street demonstration, injuring five including four Palestinian activists, one of them 17 years old, and one German citizen. More were also injured by rubber-coated steel bullets and stun grenades as soldiers and Border Police blocked the roads leading towards Shuhada Street and attacked the protesters. 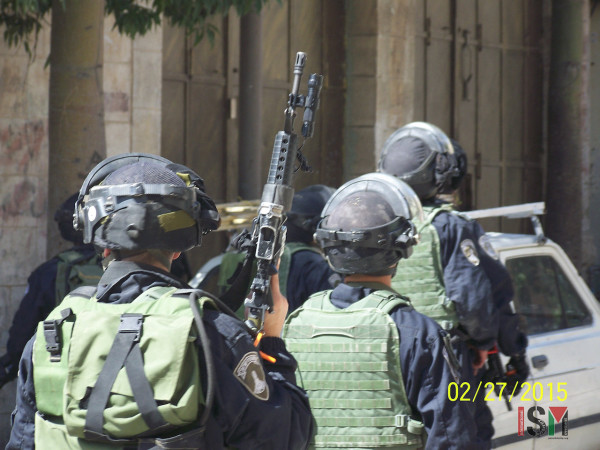 Israeli forces advancing towards the demonstrators

Close to a thousand Palestinians, accompanied by Israeli and international supporters, marched towards one of the closed entrances to Shuhada Street carrying flags and signs and chanting. They called for the opening of Shuhada Street, whose closure to Palestinians has become a symbol of Israel’s Apartheid system, and for an end to the occupation. The march was turned back by stun grenades, rubber coated steel bullets and live ammunition fired by the Israeli military. Around twenty demonstrators were injured in total; Hebron Hospital reported that at least six were admitted and two required surgery. One Palestinian activist, Hijazi Ebedo, 25, was arrested at the demonstration; all he had been doing was chanting and holding a sign. 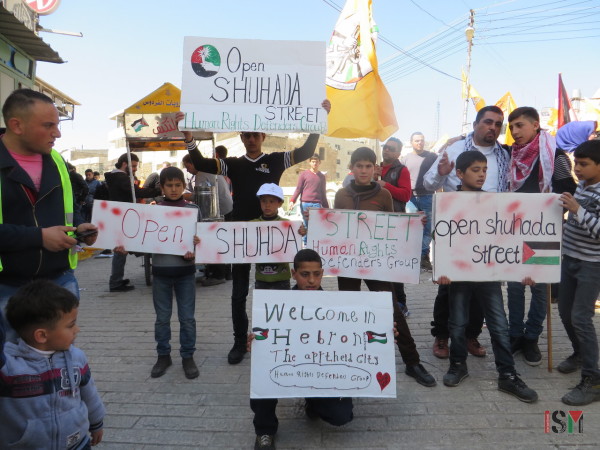 Issa Amro, coordinator and co-founder of Youth Against Settlements (YAS) stated: “The protest, which was joined by groups from all over Palestine, marked the twenty-first anniversary of the Ibrahimi Mosque Massacre. Israeli occupying forces shot live ammunition towards peaceful protesters, which is against international law. The Israeli military should be held accountable in international court for their actions.”

Julia, the injured 22-year-old German activist from Berlin, was evacuated to Hebron Hospital where she is being treated for a live gunshot wound which entered and exited her leg. “The brutality of Israeli forces is unbelievable, it seems like they don’t have a limit,” she stated. “In Palestine I have seen Israeli forces shooting tear gas, stun grenades, rubber and live ammunition at any kind of demonstration that is against the occupation. It doesn’t matter for them if it is peaceful or if there are kids attending. Yesterday I saw the army attack children who had been dancing in the street. Two people were shot with live ammunition in Bil’in. They shot me as I was standing and filming. It seems the soldiers just shoot at any one.” 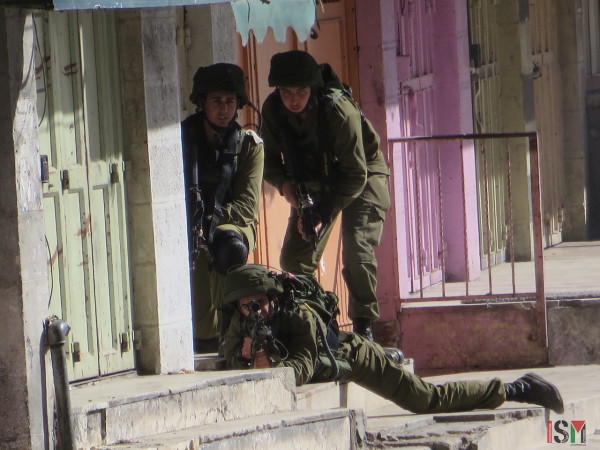 The Open Shuhada Street demonstration marks the anniversary of the 1994 Ibrahimi Mosque massacre, when right wing extremist settler Baruch Goldstein murdered 29 Palestinians while they worshipped in the mosque. Following the massacre, Israeli forces shut down Palestinian businesses on Shuhada Street–once a commercial center–and began to implement the policies which would lead to what is now a total closure of the vast majority of the street to Palestinians. Twenty one years after the massacre, settlers from illegal Israeli settlements use the street freely while Palestinians are assaulted, shot and arrested when they attempt to reach it en masse during the Open Shuhada Street demonstration every year. 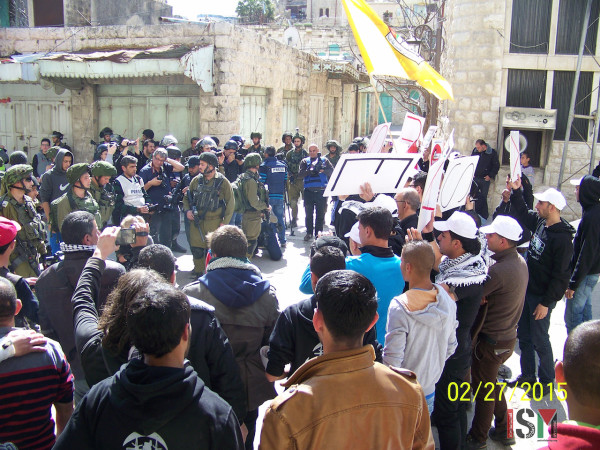