On Monday morning in al-Khalil (Hebron), Israeli forces destroyed the building the Jaabari family used to house their farm animals. 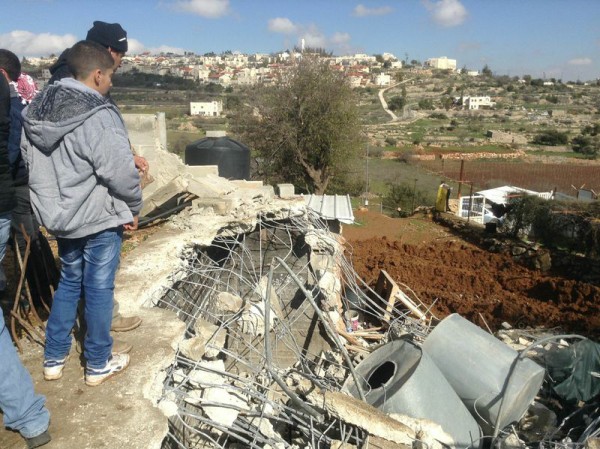 They appeared at 9:00 AM, armed with a bulldozer which tore up the ground and reduced the sturdy structure, used to house seventy sheep and thirty calves, to rubble. The Palestinian family, who rely on agriculture for their livelihood, had received no warning of the demolition, nor were they offered any explanation. 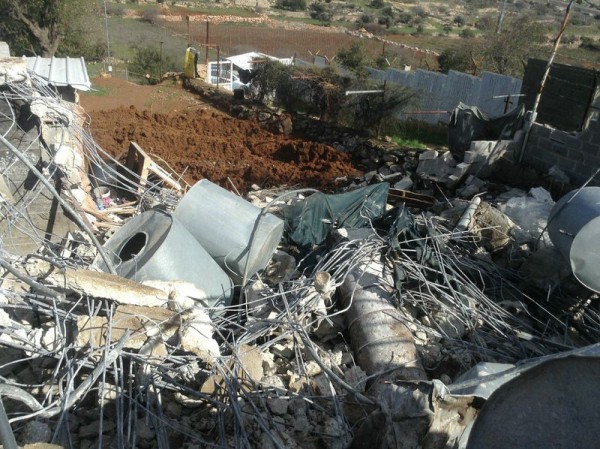 The Jaabari family had seen the bulldozer approaching, and had enough time to move the animals out of their shelter to a neighbour’s property. Their onion crop, however, planted in the earth between the road leading to the family’s house and the place where the animal pens once stood, was not so fortunate. Walking through the jagged ruts and mounds left behind by the bulldozer, a few glances revealed hundreds of crushed plants. The family, which includes four boys and three girls, derive their income from their small-scale farm; the Israeli military’s attack on their property is a significant economic blow. 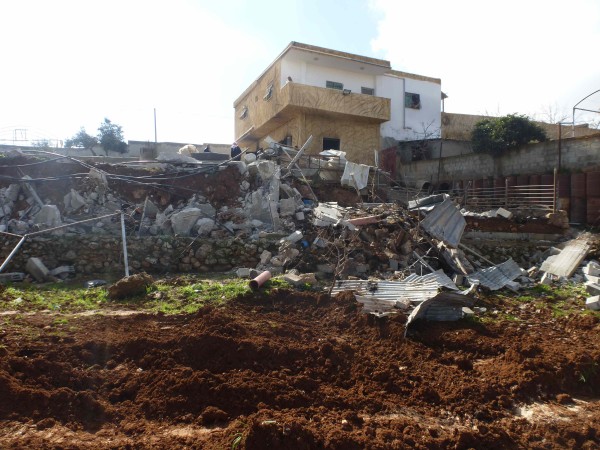 One part of the building had already been demolished once, two years ago. In practice, once a demolition order has been issued for a site, Israeli forces do not require another order to destroy a rebuilt structure. However, an adjacent part of the animal shelter, which was not issued with any demolition order, was also destroyed. It had cost 190 thousand shekels to build, the farmer recalled. Now all that remains is broken concrete and twisted metal, a testament to the harsh, senseless reality of the Israeli occupation.

Living in Wadi al Ghrous, a neighbourhood to the east of al-Khalil sandwiched between the illegal Israeli settlements of Kiryat Arba and Givat Harsina, the Jaabari family and their neighbours experience regular incursions and violence from the zionist settlers and the Israeli military system charged with upholding the settlers’ presence and power. Though an overwhelming international consensus holds that that Israeli settlements in the West Bank are illegal under international law, it is the Palestinians living near settlements who are punished. From the ripped up ground in front of the Jaabari family’s house the settlement is clearly visible: large, sturdy grey houses with orange roofs. A colony insulated from the suffering it causes.

“The first demolition of 2015,” one Palestinian observer at the scene commented. The sad, though true, implication is that many more Palestinian families will wake up this year to see Israeli bulldozers come to destroy their livelihoods.