For five years now, residents of Nabi Saleh have been denied access to their spring. A source of irrigation for their crops, as well as a place for recreation: al-Qaws spring was the heart of this farming community.

The illegal settlement of Halamish was established on the land of Nabi Saleh, and the neighbouring village of Deir Nidham in 1977; since then, and particularly in recent years, the settlement has been growing, stealing more land, and finally denying the villagers access to their spring. 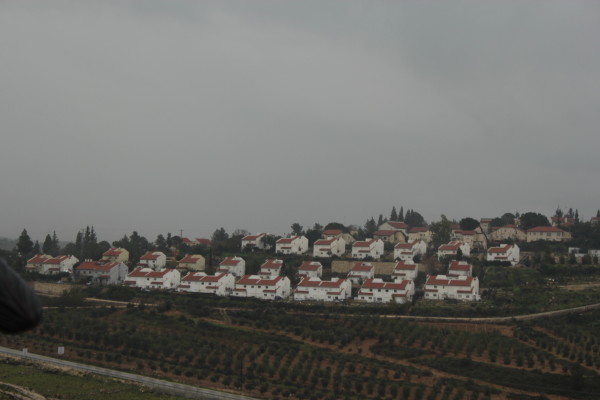 The illegal settlement (photo by ISM).

For five years, every Friday, residents of Nabi Saleh gather with local supporters, Israeli and international activists, to protest against the theft of their land and the denial of access to the spring. Sometimes, with bravery and determination alone, these villagers have managed to reach the spring, stealing a few precious moments before the arrests and reprisals reach their climax.  Most of the time, the repression from the Israeli Occupation Forces is too great to get anywhere close.

Today in Nabi Saleh the villagers gathered at the petrol station on the edge of the village; undeterred by the rain, they were ready for the weekly demonstration. The weekly show of strength and determination to fight for what is rightfully theirs. 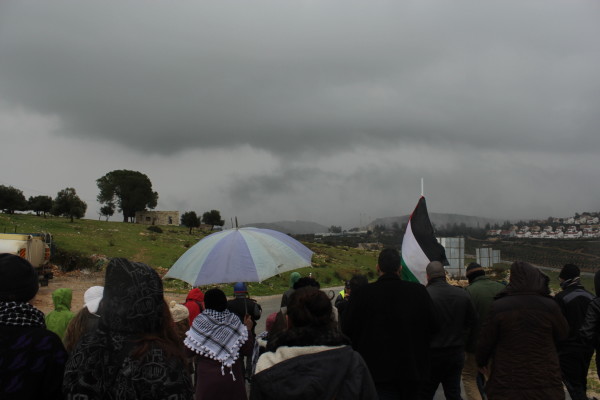 We walked down the road, men, women, and children chanting in Arabic and English, voicing our common determination to end this occupation. The Israeli military were waiting at the bottom of the road, blockading the access to the village. As soon as we were in range the tear gas started. A peaceful march met with poisonous tear gas from the very beginning. Many attempted to throw and kick the smoking toxic canisters away, but the sheer quantity meant we had to retreat quickly. 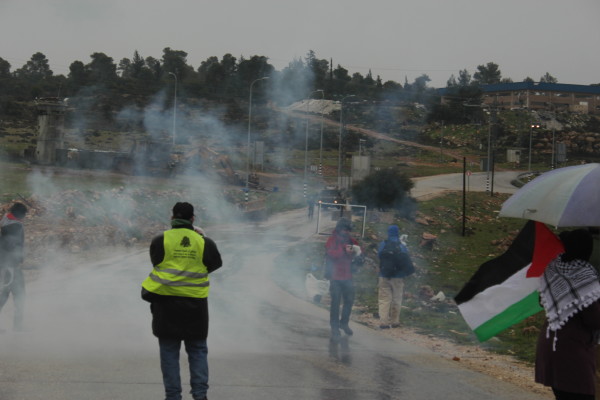 As the smoke cleared, we tried to walk forwards once more. But then the unmistakable crack of live ammunition. We ran back. Without provocation, live ammunition was aimed at a group of peaceful protestors. Fortunately this time the bullet didn’t find a body, but the Israeli Occupation Forces lack of respect for human life is truly frightening.

Two months ago four protestors were injured at this peaceful demonstration, adding to a long list of villagers who have been hurt or killed by Israeli military bullets whilst trying to fight for their rights. The army have been using live ammunition at this group of families and demonstrators more and more frequently during the last year. So the villagers’ weekly demonstration to struggle for their most basic rights – land and water – has been reduced to a short walk to become the target of bullets. Each week villagers risk their lives because they will never accept the theft of their land. Each week they are shot at because they want access to the spring which has been the source of life for their community for generations. 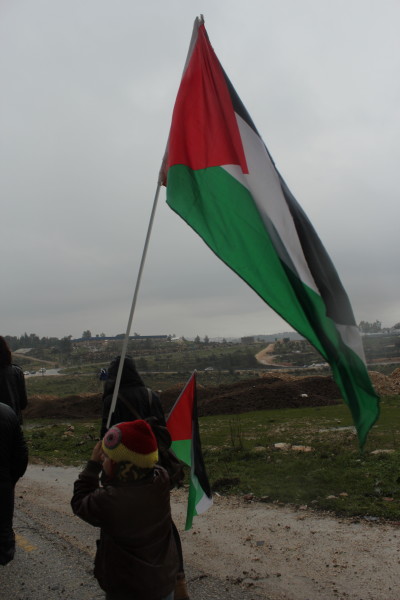