ISM spoke to Abdallah Abu-Rahme, coordinator of the Bil’in Popular Committee and present at the demonstration yesterday.  “Yesterday was International Human Rights Day and we were going to plant olive trees in Turmusaya, on Palestinian land close to an illegal settlement outpost. We were completely non-violent but Israeli soldiers had gathered and made a line blocking us from the land, not allowing anyone to pass. Ziad Abu Ein, was standing face-to-face with a soldier, who then hit him on the head and in the face. He fell to the ground and when we took him to the ambulance, they told us he was dead.” 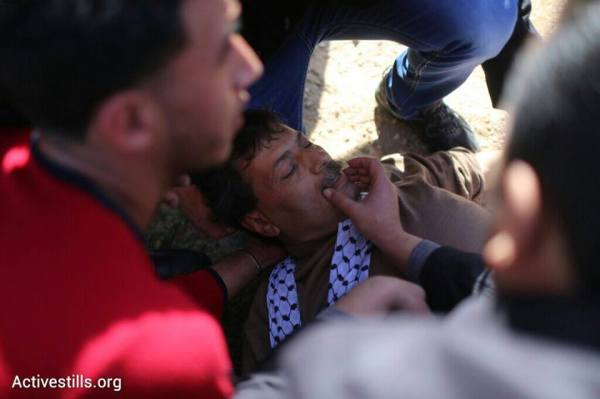 The petition argues that, “the outpost should be removed not only because it is constructed in part on private Palestinian land, but also because it constitutes a focus of criminal activities and grave violence against the Palestinian residents of the area with the goal of usurping their land and displacing its owners.” Wrote Yesh Din in a statement they released yesterday.