On Friday the 31st of October, approximately 300 Israeli soldiers invaded the village of Huwwara, near Nablus. They fired tear gas canisters and stun grenades, seemingly in attempt to clear the streets of people, and declared the village to be a closed military zone. They closed down the mosques, forced the shop owners to close their shops and placed a curfew on the village.

Mutda Tofeq Odeh and Fadi Gasher Dmede, students from the village, were arrested and held for two days. Residents state that the Israeli forces raided several homes in the village and caused damage to various Palestinian homes and properties. The curfew was finally removed on Monday afternoon.

According to Ma’an news, a Molotov cocktail was thrown at a settler bus near the village, with no injuries reported, it is not known if that incident preceded this period of collective punishment.

Two days after the curfew ended, ISM activists visited the village and witnessed a large military presence, who were regularly stopping and searching Palestinian cars.

Roughly 3000 people live in Huwwara village. There are five illegal settlements in the area around, and inhabitants often suffer from settler violence, mostly caused by settlers from the illegal settlement of Yzhar, located just above the village.

Recently settlers from Yzhar set fire to an olive field, belonging to a farmer from Huwwara. 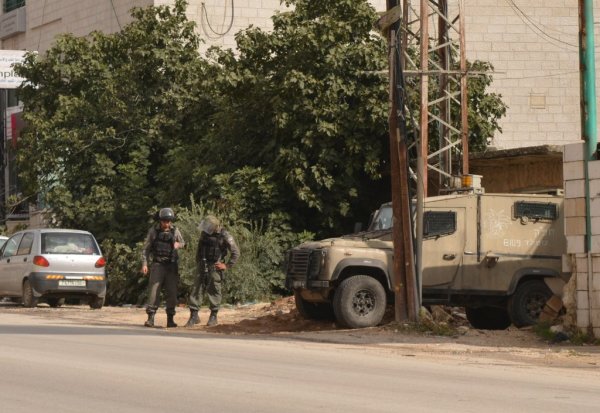