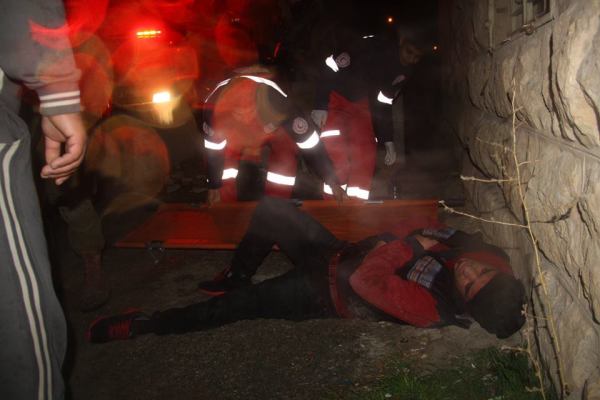 Photo by Youth Against Settlements (https://www.facebook.com/media.yas)

A twenty-two-year-old man was taken from the scene by an ambulance. Four others between the ages of eighteen and twenty-four were handcuffed and detained in a military compound, where they were held for about half an hour and questioned by police. 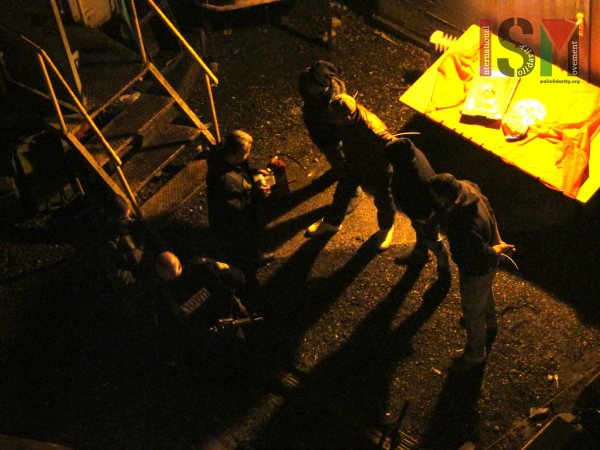 When ISM activists arrived, Israeli soldiers were already swarming the scene, surrounding the injured man and taking the four detained Palestinians into the closed compound. At least thirty heavily armed soldiers stood guarding the compound and occupying the street. 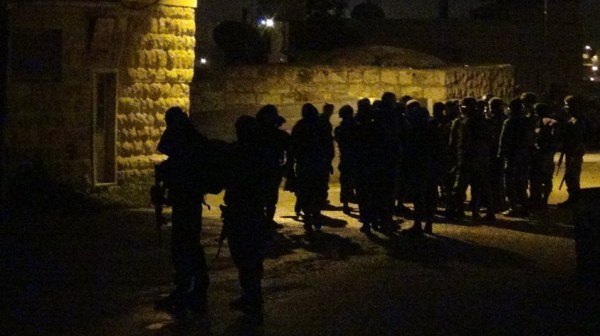 Photo by Youth Against Settlements (https://www.facebook.com/media.yas)

Soldiers’ stories were contradictory, some said the youths had thrown a Molotov cocktail, others claimed they had been throwing stones. Though they purported to have evidence, the Israeli forces could produce none.

The father of one of the young men the soldiers had detained attempted to see his son, but was denied by the soldiers. A Palestinian contact at the scene explained that the man’s other son, the brother of the man arrested, had been shot in the head at age eighteen by Israeli soldiers and suffered brain damage as a result. The father hurled vitriol at the soldiers standing around the compound, cursing them and the Israeli occupation vividly in Arabic. “You shot my other son, now you want to kill him [the son who was detained]!”

The youth’s mother arrived later, accompanied by her son, the same brother who had been shot in the same neighborhood three years earlier. They were both also denied entry into the military compound where the four Palestinians were held.

Observers from ISM and a local Palestinian organization watched from a nearby roof, as the Palestinians stood handcuffed among soldiers and police. Though no more violence occurred in the compound, later in the night a few Palestinian youths ran out from a nearby side street and one threw a Molotov cocktail toward the parked military vehicles, causing no injuries or damage. Over eighteen Israeli soldiers ran up the road in a fruitless attempt to pursue the boys.

Further up the street, soldiers attempted to set up a roadblock using Palestinian cars. They ordered the drivers to park across the road, taking their keys and placing them on top of the vehicles. Israeli forces made no attempt, however, to enforce their order; the Palestinian drivers took an opportunity to drive away once the soldiers moved back down the road.

An ISM activist present stated, “I’ve never seen soldiers do something like this before, and it was clear the men in the cars were very confused and frightened. The soldiers then moved down another road, and detained a young man and stopped several cars. They were very hostile; pointing their guns aggressively at everyone, there seemed to be little point to their behaviour beyond intimidation and harassment.”

It was only one incident in a night of strange occurrences, among weeks of tension, violence and frustration for the people of Tel Rumeida. Palestinians at the scene spoke of incidents on other nights, in other places, at other times, as occupation soldiers indiscriminately harassed the local population. All five of the young Palestinians were from the neighbourhood, and the four arrested were driven away as their neighbours and families looked on. The complete lack of evidence did, however, apparently sway the police; a local Palestinian source reported that all the Palestinians who had been detained were released at a nearby checkpoint.