Early on Monday morning, while the inhabitants of the village of Khirbet Al-Tawil, near Aqraba (Nablus), were sleeping, eight military vehicles, and 30-40 Israeli soldiers entered the village.

Within two hours the military had demolished three houses, and several water pipes and roads. 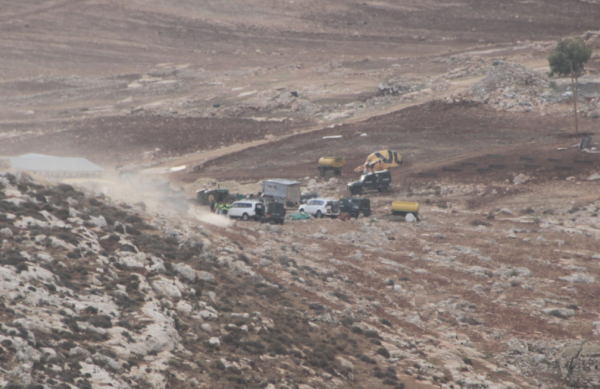 The water pipes destroyed were new and scheduled to be turned on Monday. The Aqraba community had funded these water pipes as part of the municipal water system.

Of their destruction, Sami Dariyah, stated: “They are trying to prevent people from living in this area. This is their clear policy.”

Due to the continuing demolishment of houses, electricity lines, water lines and other living necessities, the farmers have fled to the city of Aqraba and departed their lands in Khirbet Al-Tawil. Sami Direyah grew up near Khirbet Al-Tawil and remembers the many houses and shops that used to be there. 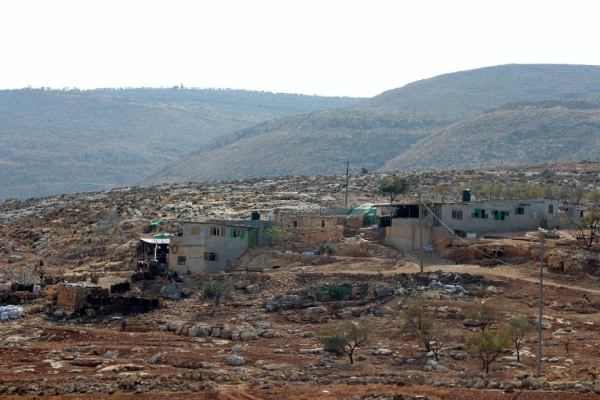 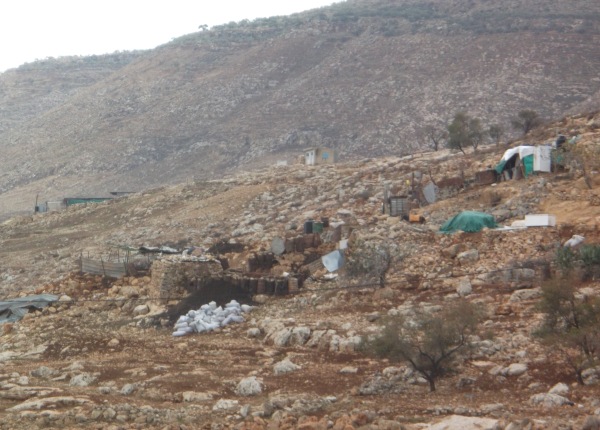 Khirbet Al-Tawil is part of Area C (under full Israeli military civil and security control), which means the army can choose which buildings and activities are ‘allowed’. Sami wonders how their existing community, their farms and their 100-year-old houses, can suddenly become illegal.

Even though the three demolished houses were nearly 100 years old, dating back to the British occupation, they were all still active homes for families like the Mahers. The residents of the houses were not given any warning of the military’s planned visit. Sofian Maher, a former resident of one of these homes, spoke to ISM and explained that this is not the first time the military has paid a visit to Khirbet Al-Tawil. In May of this year the village’s Mosque was demolished, together with four houses, four cottages, and two barns. Less than one month ago the power line was cut by the military, leaving the village without electricity. 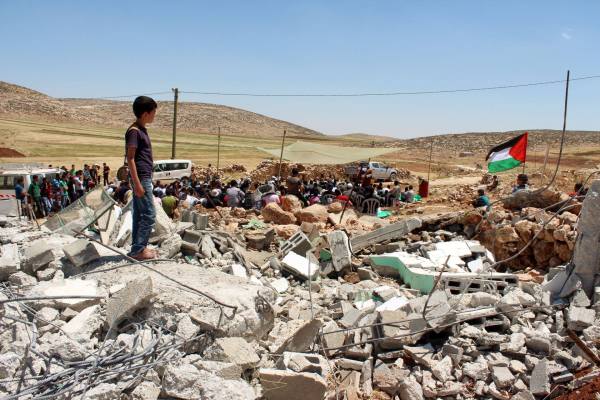 Photograph taken by Bakr Direyah at the demonstration in May, after the demolition of the local Mosque

Sofian Maher explained to ISM that his family tried to rebuild their house after it was demolished in May. While rebuilding, Sofian’s family lived in a donated tent, which the army soon tore down. The family then moved into old stone huts that were built, long ago, to house animals while shepherding. Periodically the military returned and destroyed the newly rebuilt portions of their house. 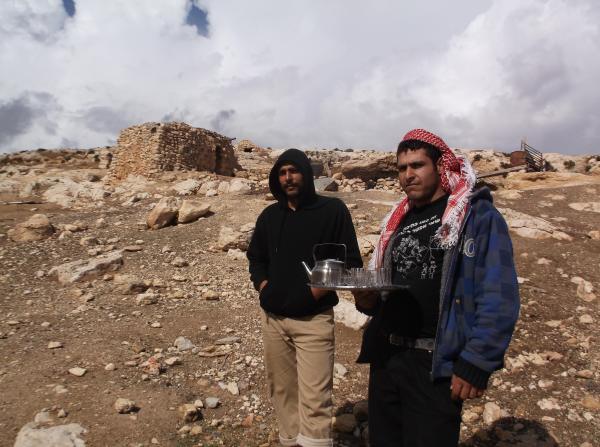 The family is now trying to rebuild their home for the fourth time.

To further make the area uninhabitable, the military has destroyed large sections of the road leading to the remaining farms. 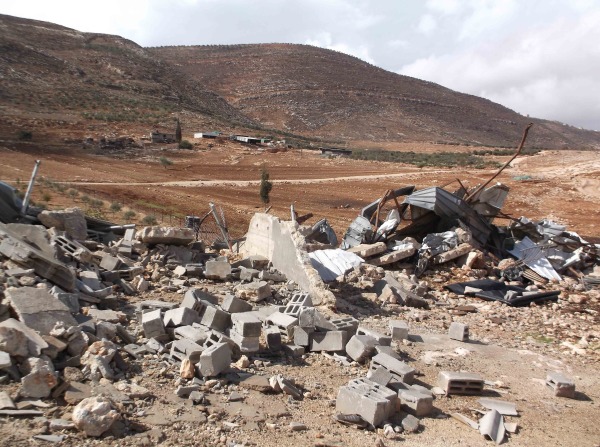 One of the demolished barns