Settlers destroy Palestinian property under the protection of Israeli soldiers

Today at approximately 1:30 PM in the Tel Rumeida neighborhood of occupied al-Khalil (Hebron), the head of security for the illegal settlements in the area attempted to destroy the property of a Palestinian man named Muhammad Knebi. Settlers have been destroying the newly built fence owned by Muhammad Knebi since October. The fence was built to protect the Knebi family’s olive trees.  Settlers have made several attempts to cut and break down the fence. 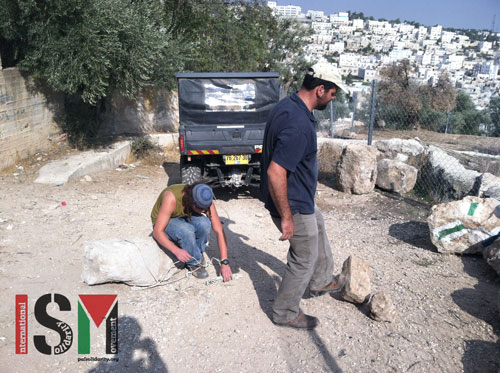 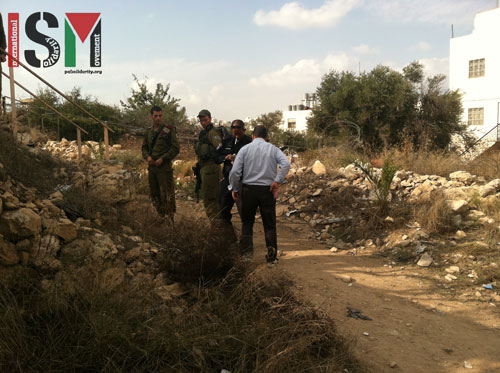 This afternoon, the head of settler security arrived on Muhammad’s land with a small tractor. He was accompanied by several soldiers from the Israeli army in addition to another settler from a nearby illegal settlement. They came in order to remove the large stones that were put behind the fence poles for added support. The settlers also cut the fence with scissors. Jawad Abu Aisha, an activist from the Palestinian group Youth Against Settlements that helped Muhammad build the fence, sat on a stone to prevent the settlers from moving it. Jawad was detained for his actions for around half an hour. The previous day the owner, Muhammad Knebi, had filed a complaint against the constant destruction of his fence and was then told by the Israeli police that if the settlers tried to take down his fence again he should call the Israeli army and they would stop the settlers. 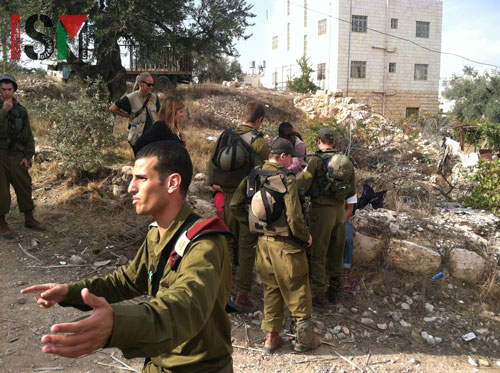 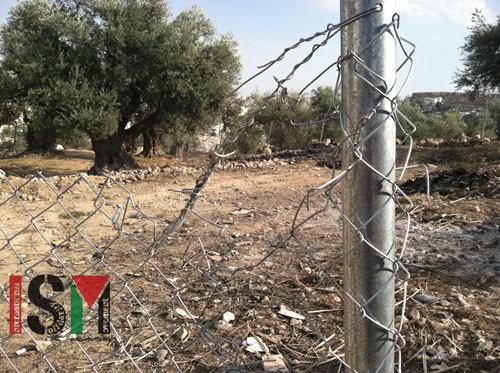 Earlier today, neither the Israeli police nor the Israeli army made any attempts to stop or arrest the settlers for trespassing on private property and for the destruction of Muhammad’s fence. The Israeli soldiers had already received orders to prevent the settlers from destroying and cutting the fence but they did nothing to stop them. 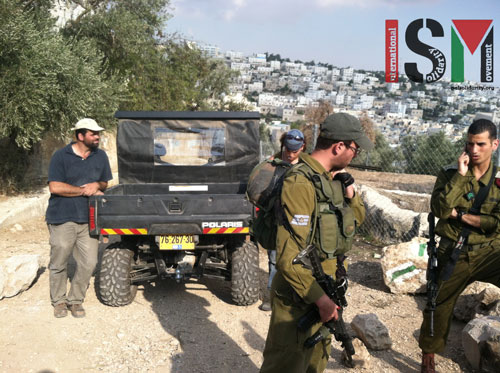