Tuesday afternoon, the 7th of October, olive farmer Mahmoud Rga Mahoud Aid, his wife, and thei three children were attacked by a a group of settlers from the illegal settlement of Giv’at Ya’akov. The attack took place on the family´s land near the village of Burin, south west of Nablus. 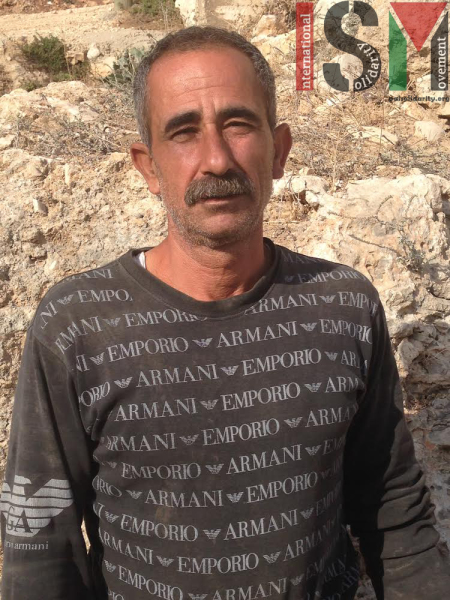 The the family had only three days permission from the District Coordination Office (DCO) to access their land and pick their olives, starting from the 6th of October. To harvest all the olives on the land would normally take about a month.

On the first day of picking, Zionist settlers came down from the illegal settlement and tried to prevent Mahmoud from entering his land. The Israeli military interfered and told the settlers to leave, and Mahmoud was able to finish his working day without further interference from the settlers.

Mahmoud looked up and saw five male settlers wearing masks coming down from the hill towards him and his family. The settlers started throwing rocks at them and Mahmoud tried to protect his family by covering them with the tarpaulin used to collect the olives in. This helped for a while, but the settlers came closer and physically attacked Mahmoud. They continuously hit him in the chest, stomach and the head, and his foot was badly bruised by a stone thrown by the settlers. 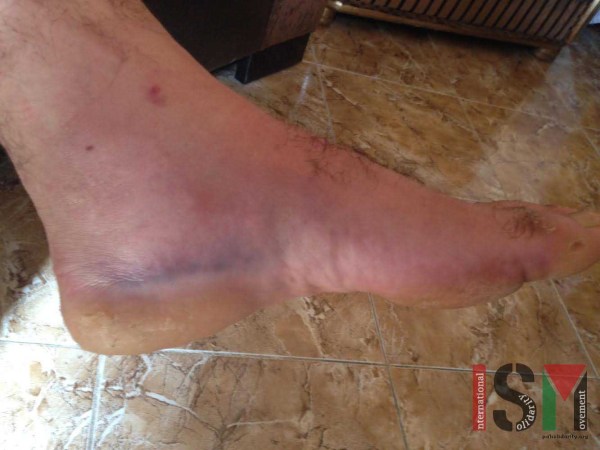 The Israeli soldiers watched the settlers attack the family, but didn’t react until a considerable amount of time had passed. Eventually they came down from the hill and told the settlers to leave the area.

Mahmoud walked down the hill, wounded, and was stopped by another group of soldiers who detained him for allegedly attacking the settlers and “causing trouble”. The commander called one of the soldiers that witnessed the attack and even though this soldier told the truth, stating that Mahmoud was attacked, the commander asked for Mahmoud’s passport number and personal information to make a file on him. Furthermore Mahmoud lost his permission for the third and last day of olive picking.

Over a period of ten years, illegal settlers have destroyed approximately 240 olive trees owned by the family. They have about 60 trees left and the settlers keep taking over more and more of their land. As mentioned before, they are permitted a very short time to harvest olives from their trees so a lot of the olives goes to waste which ultimately effects the families income. Mahmoud is afraid that the settlers are planning to destroy all the trees so the family will not have any reason to enter the land the settlers are slowly taking over. Mahmoud anticipates the settler harassment to escalate in the olive harvest high season, which is in two weeks.