On the 30th of September, six young men from the village of Qarawat Banea Hassan, south of Nablus, were arrested by the Israeli military.

The solders entered several houses looking for the men, breaking doors and terrifying the families. 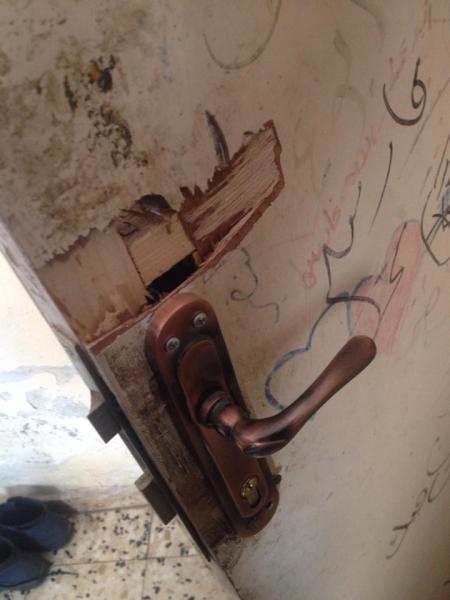 A broken handle left over from the night raid (photo by ISM).

The solders arrested two brothers from the same family, the older brother has just got married and his wife is four moths pregnant with their first child.

She was alone in their house sleeping when the solders broke up two of their doors. The woman had to go to the hospital due to being afraid of miscarrying their child.

The solders threatened many of the families, including a 16-year-old brother who they threatened to beat if he did not give information about his brother.

Since July, 21 men have been arrested from the village. In July the villagers held a demonstration to protest the massacre in Gaza, and shortly after the arrests began.

Only five of the men have been given a date for their trial, the other 16 are still waiting in prison.