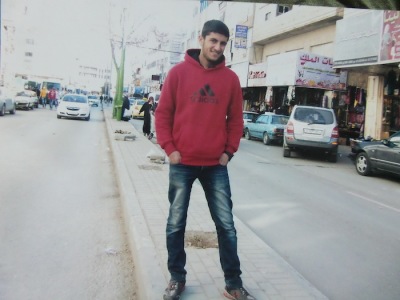 Monday afternoon in Hebron, two young Palestinian men were arrested and abused north of Qeitun after being falsely accused of stone throwing.

21-year-old Muhammad Ghaleb Abu Sbeih was walking home from work when soldiers from the Israeli military force arrested him. Six boys had been throwing stones in the area and Muhammad was accused of taking part even though the soldiers had no evidence. A local Palestinian stated that Muhammad had been beaten while walking up to the checkpoint where he was held for two hours along with 19-year old Shadi Abdel Hamed Al-Atras.

When the boys’ families arrived the soldiers were rude to the mothers and Muhammad’s sister. Muhammad’s mother heard her son’s screams from inside the army jeep in which he was being held captive and beaten. Initially, the soldiers denied that anyone by that name was in the jeep but then changed their tactics and started mocking the family, saying bad words to the women in both Arabic and Hebrew.

The soldiers kept laughing and joking around and at one point they wanted the password for Muhammad’s iPhone to access it. After being held inside the jeep for two hours, Muhammad and Shadi were finally driven away and the soldiers shouted, “with love Muhammad“ and clapped.

The young men were driven to Kiryat Arba police station and are still being held. According to the DCO (District Coordination Office) Muhammad is being transferred to Ofer court and Shadi has been moved to a checkpoint in Hebron where he will hopefully soon be released.