The prominent activist from the West Bank village of Burin, and member of Solidarity Movement for Free Palestine, Ghassan Najjar, was taken by the Israeli army from his home in the early hours of the morning on the 27th August. He was transferred to the notorious interrogation facility, Petah Tikva.

The before he was arrested, Ghassan, alongside a group of a villagers from Burin, tried to prevent Israeli soldiers from entering the girls’ classroom of the local school.

Staff from the Israeli Human Rights organisation BT’selem, who was filming the attempted school incursion, was also detained, but released shortly after.

Ghassan was arrested for allegedly throwing stones and hitting a soldier.

On 31th August he appeared briefly before a secret court and a Military Judge agreed to his detention for a further seven days. The second court hearing, which took place on 7th September, was also brief because the soldier witness did not turn up and Ghassan’s detention was extended for eight more days.

Ghassan’s friends and family showed ISM, during a recent visit to Burin, a video of the army attack on the school and saw no evidence that Ghassan did anything other than peacefully protest with the others against the school raid.

When asked if the video would be useful for Ghassan’s defense, a friend of Ghassan said, “It would be in a democratic country, but all the Israelis care about is their security.”

Another of Ghassan’s friends told ISM he had received many threats at different checkpoints, preceding his recent arrest. “Once a soldier told Ghassan that they did not want to arrest him directly at the checkpoint, because they wanted to come to his house, destroy everything and make his mother suffer.” 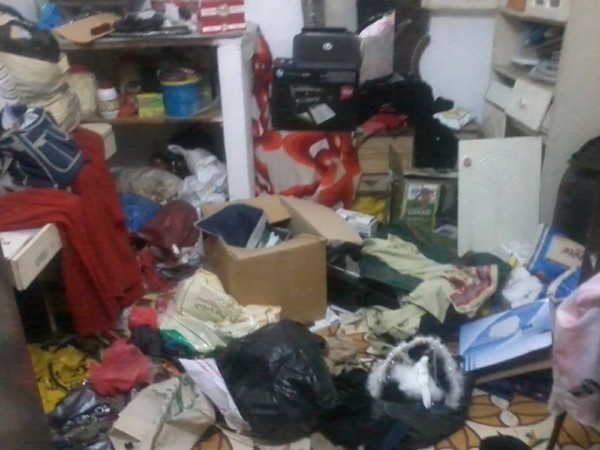 When the occupying army came to arrest Ghassan, the unit captain instructed the soldiers to “destroy everything,” a soldier turned to Ghassan’s mother and stated, “we will wreck your house.” 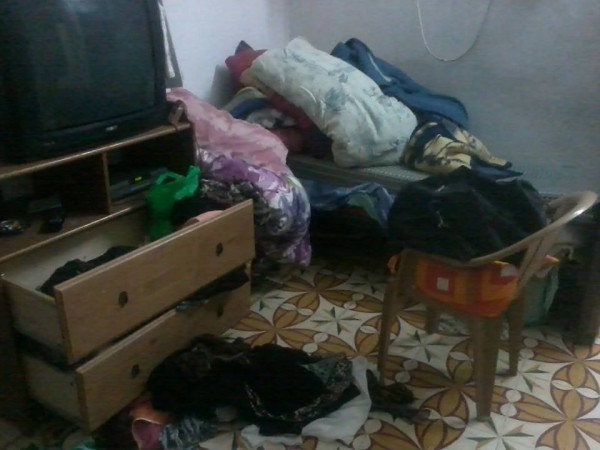 They did as promised. Everything that could be broken was broken and slashed. They even broke pots with houseplants, and cut bottoms from the armchairs. The vandalism lasted from 2am to 4.30am. 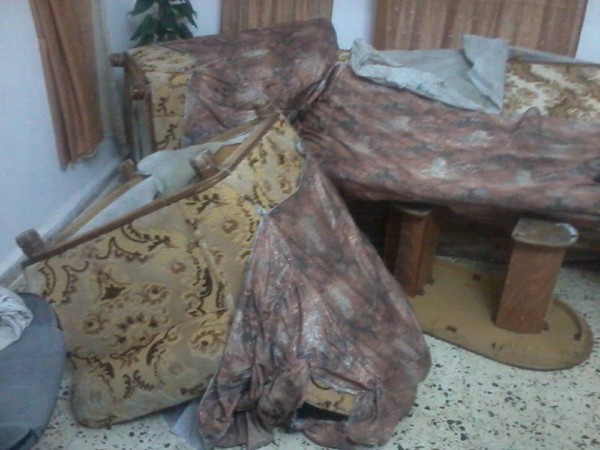 Ghassan was taken away, handcuffed and blindfolded. Only after the soldiers left, did his mother allow herself to cry.

“Our resistance is peaceful. Ghassan never did anything violent, but we worry because we know Israeli military justice. To give you an example, to this day both Ghassan’s lawyer and the International Committee of Red Cross have been denied access to him,” A friend of the family stated.

For a number of years, the Palestinian West Bank village of Burin, located seven kilometers south of Nablus, has been under constant attack by both the Israeli occupying army, and the zionist settlers from some of the most extreme illegal settlement colonies, such as Yitzhar and Bracha, covering the hilltops around it.

A villager told ISM that the army invades the village almost nightly. Soldiers enter houses and the whole families with children and older people are forced to stay outside in the middle of the night, for long periods of time.

Frequently the army erects checkpoints at the entrance and in the center of the village, near to the boys’ school and the Mosque.

“Things are going to get even worse,” Another villager stated, “The olive harvest is around the corner and that is when settler attacks intensify. Olive harvest used to be a festival, a time of joy, and now it is a nightmare.”

Since the start of the Israeli occupation in 1967, much of Burin’s land and water has been taken away and handed over to the Zionist settlers or to the occupying Israeli army, for military bases.

“About 25 to 30 dunums (one dunum is 1000m2 ) of land belong to our village and we have free access only to seven dunums and even that is limited to some parts of the year,” said a local man.

Yesh Din, an Israeli human rights organization, reports that in 2013, Burin lost more olive trees due to settler vandalism than any other West Bank village. In the first months of the last year alone, 7714 Palestinian owned trees were damaged.