Protest against forced eviction pushes Israeli forces from the area

Today at 10:00, approximately 40 Palestinians and internationals marched together on a demonstration in the Ezaryah area east of Jerusalem. The demonstration was called to protest the forceful eviction of Palestinian Bedouin families in the Ras al-Baba area, close to Jerusalem. 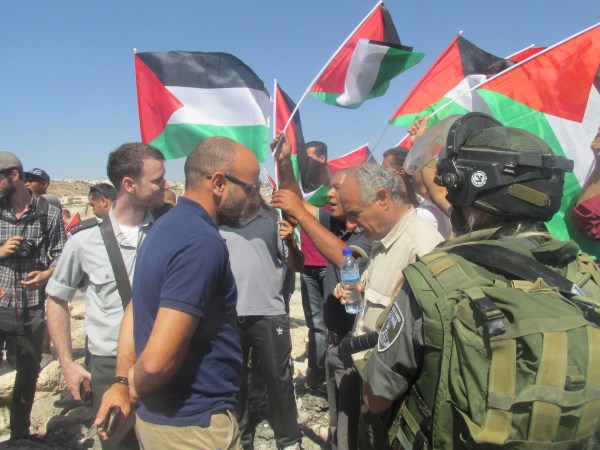 The civil administration is planning to build a village for the Bedouin community on top of a rubbish site, this plan includes completely clearing the outskirts of Jerusalem, which would mean forcibly removing around 12,500 Bedouins from many areas for illegal settlement expansion.

Israeli border police were pushing the demonstrators and at one point nearly arrested a Palestinian man holding a sign as he attempted to place the Palestinian flag on an Israeli military jeep. 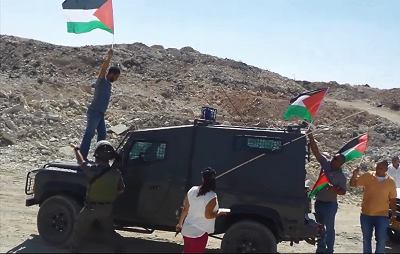 The Palestinian activists vowed to return to the area for more non-violent resistance over the coming days. The demonstration lasted around one hour; the civil administration, contractors and Israeli border police were left with no choice but to leave the area whilst demonstrators cheered. 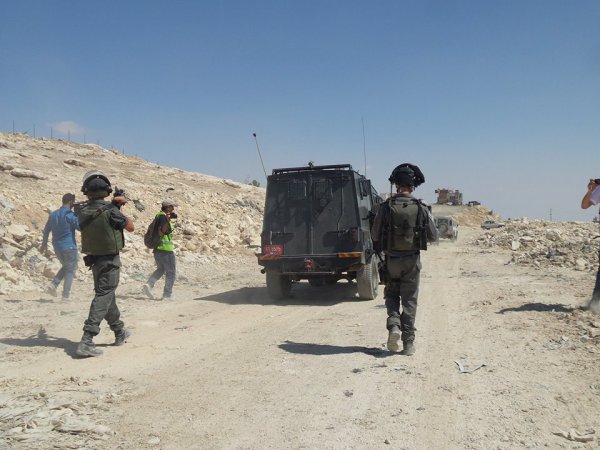