Thanks to all the people who contacted their representatives and the foreign offices of the UK, Sweden, and the USA! The Palestinian human rights defenders, joined by international volunteers, safely delivered mattresses, food, and water to citizens in Rafah today. 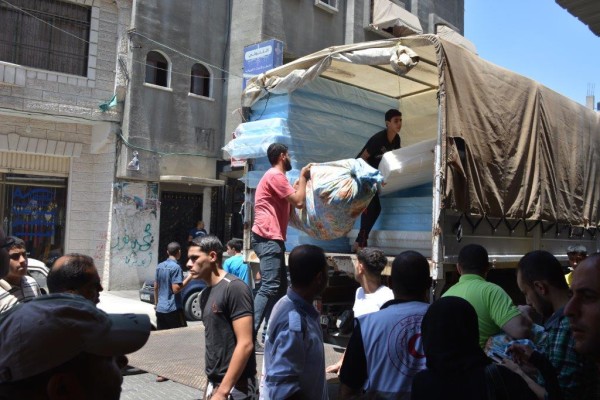 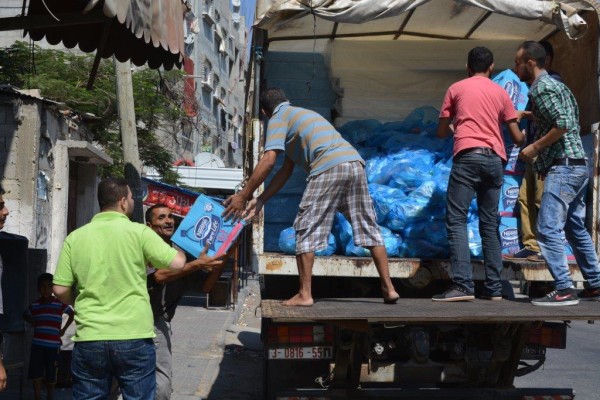 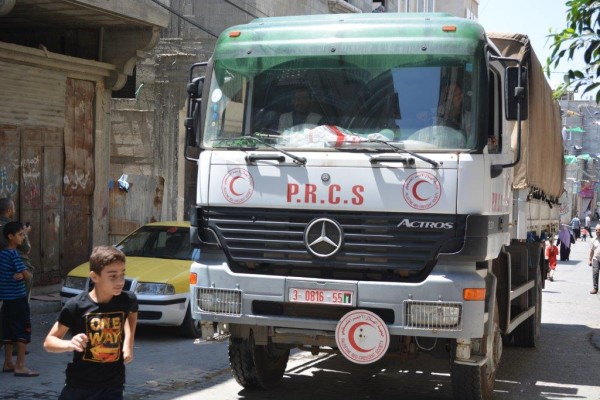 Call your representatives and the foreign offices of the UK, Sweden, and the USA to inform them that citizens of these countries are travelling to Rafah to deliver aid. Demand that Israel cease targeting medical personnel rescue teams and civilians, and immediately provides an evacuation route to transfer humanitarian aid to Rafah and to evacuate patients to other hospitals in Gaza for treatment.

“The situation in Rafah cannot continue, people are left with nothing. There is a small window of time, that will dissolve in two hours, and then no one knows what will happen to all the civilians- the families- who need support. That’s why we’re going with mattresses, water, and food, these supplies are desperately needed right now.” Stated Swedish International Solidarity Movement (ISM) volunteer, Charlie Andreasson.

The group of international volunteers, including Swedish, U.S and UK citizens, are travelling from Jabalya down the Beach Road to western Rafah, with supplies donated by al-Fatiha Global and Project Akhirah.

Arwa Wael, resident of western Rafah, spoke to the ISM and stated that, “thousands of people were forced to leave the eastern side of Rafah travelling to what they thought to be the safer western side, taking shelter in UNRWA schools, in relatives and friends homes. In spite of this, these places were attacked by Israeli warplanes and many people were killed in a very short period of time, including ten members of the Zorad family. Now we are without electricity, without water and without food. Due to the shelling of the Abu Yousef hospital, the patients were evacuated to two clinics, one of which is also in the western part. The clinic doesn’t have a morgue, so ice-cream and vegetable fridges are being used to hold the dead bodies, generators are powering these fridges and are swiftly running out of fuel.”

A press release issued by the Gaza Ministry of Health on August 3rd reports that at least 170 people have been killed and dozens injured in Rafah in recent days. The two maternity hospitals in Rafah, the Kuwaiti Maternity Hospital and the Emirati Red Crescent Maternity Hospital, are not equipped to deal with the large number of wounded and dying people, and there is no safe evacuation route to transfer patients to other hospitals in Gaza for treatment.

US Department of State

(Plus a load more phone numbers on this page: www.government.se/sb/d/2085)