In celebration of victory in Gaza, and the thirteenth anniversary of  the martyrdom of  Abu Ali Mustafa this week, two activists were arrested at the Bil’in demonstration. Further to this dozens of demonstrators suffered from inhalation of tear gas. 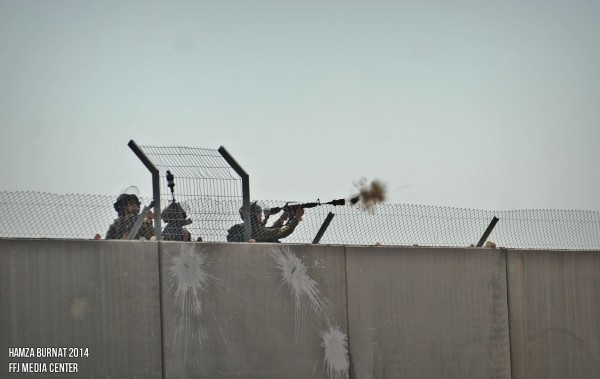 The demonstration protests the Zionist military Occupation, against the Apartheid Wall  and the policies of Israeli colonization.  The inhabitants of the village are protesting against the consequences of the regime of Apartheid, joined by internationals in solidarity  with the resistance of the people of Bil’in. 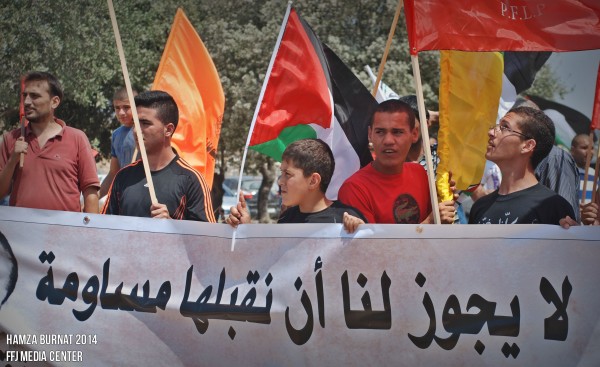 Today the army and border police forces  were waiting for demonstrators, not behind the wall as usual, but in the hills and fields. The Israeli Occupation Forces brutally repressed the demo. Israeli Military forces fired hundreds of tear gas canisters at participants. They also shot a lot of tear gas towards members of the press.

Tear gas, rubber-coated steel bullets, and stun grenades were fired by the Israeli Occupation forces from the Apartheid Wall, and from a jeep that invaded the village. Israeli occupation forces also tried to arrest protesters who attempted to peacefully reach the wall. Further to this they followed the participants who were trying to run away shooting tear gas canisters at them and then arresting two activists. 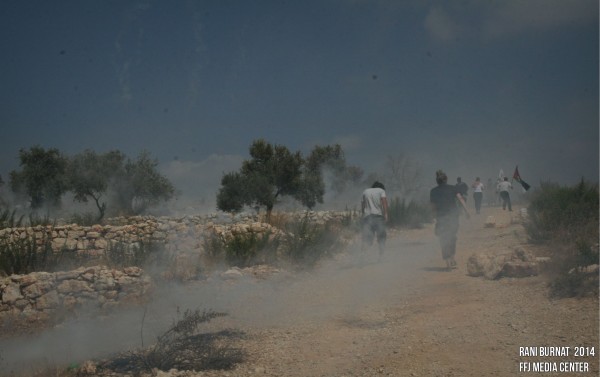