Israeli settlers in the H2 (under full Israeli military civil and security control) area of Hebron, forced entry into a basement and passage connected to the home of a Palestinian, Abed Sider, which is bordered by a sealed off building now occupied by settlers at around 15:00 on July 24th. Four International Solidarity Movement (ISM) activists arrived following a phone call from Abed telling them that the neighboring settlers broke through a door into an unused part of Abed’s home.

Shortly after the ISM volunteers arrived, several Israeli soldiers, two police officers, and two plain clothed men, who appeared to be settlers, arrived. The police began to question Abed’s brother, Shaady, who also came to the house after receiving a phone call from Abed about the break in. After 30 minutes of questioning at the house, the police and army then took Shaady and Abed to Kiryat Arba police station. Abed’s wife had believed they were being taken to file a report as victims of the break-in.

A few hours after being taken by Israeli forces, family members of Abed and Shaady were informed that he had been arrested and interrogated. 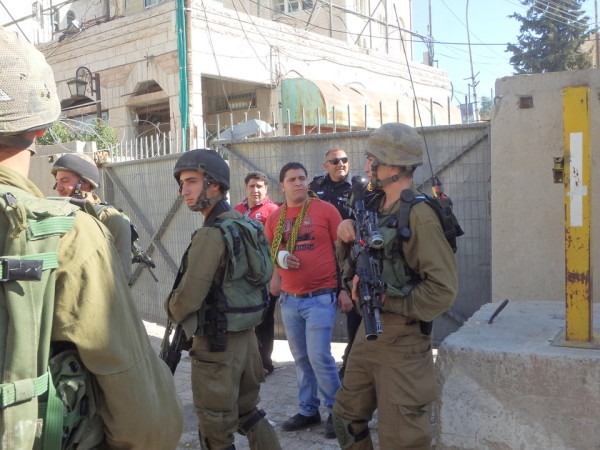 They were being falsely accused of attempting to break into the neighboring settlement by the settlers who had forced entry into Abed’s basement. They were released yesterday morning.