Fadi Bassem is a farmer who lives in the village of Aqraba, 20 km south of Nablus, in the northern half of the West Bank. He lives with his extended family, 15 people in a single house.

At 03:30 in the early hours of the morning, Bassem was awoken by the sound of footsteps outside his house. When he went to investigate, he saw four men running away in the darkness. Turning back, he smelled smoke and realized that his barn, which was adjacent to his house, was on fire. Bassem and his family spent the next four hours dousing the flames and rescuing the sheep from the barn. There were two large water tanks nearby, and the family was able to extinguish the fire.

The next morning they saw that graffiti had been spray painted on one of his walls. “Price tag, revenge of the Jews”, it read in Hebrew. 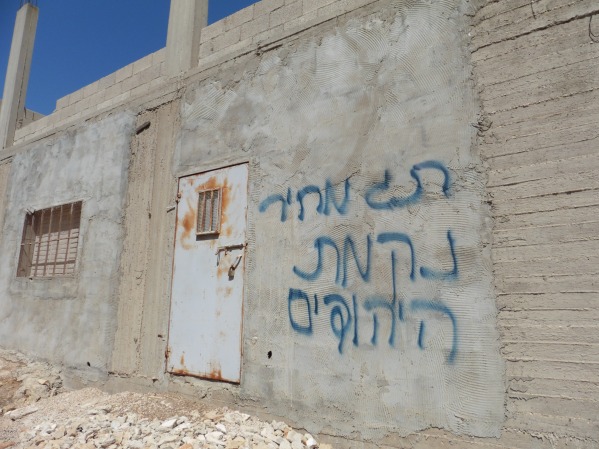 These events occurred two days after the discovery of the bodies of three Israeli settler youths, who had allegedly been kidnapped by supporters of Hamas. The nationwide outrage at the deaths of the teenage settlers has precipitated calls for revenge from diverse elements of Israeli society, and especially from settlers.

“I don’t know whether they were settlers or soldiers who did this,” Bassem said, “but all the footprints were identical, which tells me that they were probably soldiers.”

The presence of Israeli soldiers in the village was confirmed by the fact that they arrested two young men in Aqraba that night. 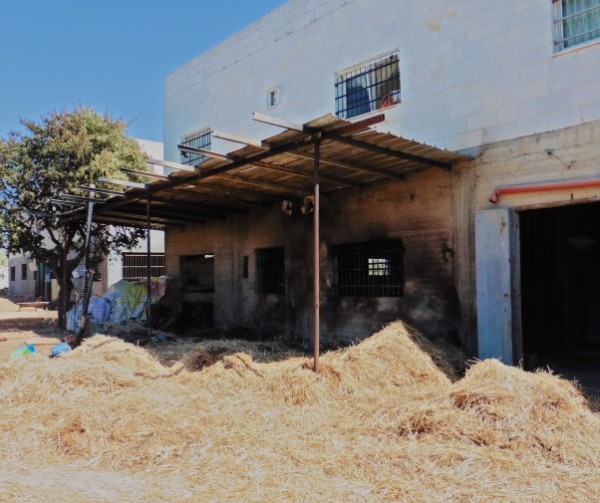 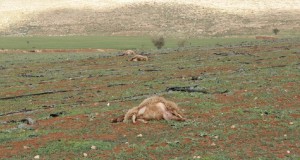 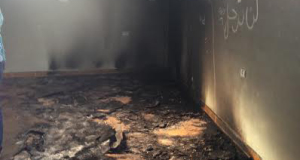