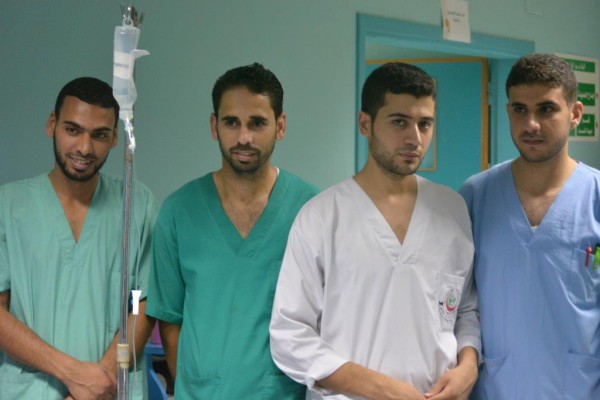 Some of the staff at el-Wafa hospital (Photo by Charlie Andreasson).

The receptionist replied, “Sir, you can’t bomb the hospital. We cannot move the patients.”

Several minutes later, two rockets were fired at the hospital, and two more shortly after. The fourth rocket penetrated through the concrete walls.

The shelling then began heavily, hitting the hospital from all sides. Nurses ran through the halls screaming.

Dr. Basman Alashi, executive director of el-Wafa hospital, stated, “They are going to destroy the hospital.” Soon after the hospital lost electricity.

Alashi stated, “If these patients die, I hold Netanyahu personally responsible for their souls.”

All but four of the 17 patients were evacuated. Two of the four remaining patients were dependent on oxygen and were unable to be immediately moved. There were also four staff members and two Spanish international activists inside el-Wafa. 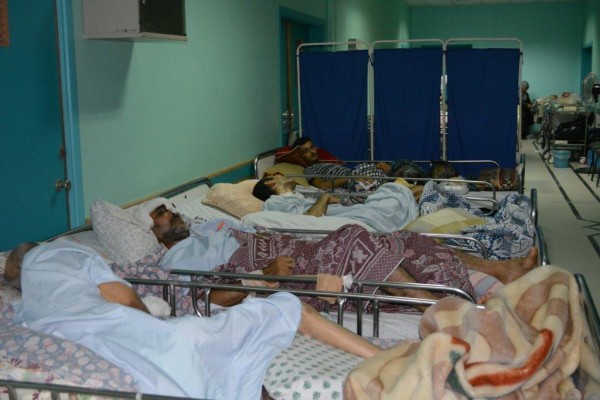 Patients at el-Wafa, forced to be evacuated (photo by Charlie Andreasson).

At 21:45, the Israeli military called the Red Cross and asked them to contact el-Wafa to ask how much time was needed to evacuate the rest of the hospital. Alashi told them that he needed two hours to fully evacuate the hospital.

The last shelling occurred at 22:00 and the last patient was evacuated at 22:45 to Al sahaba medical complex.

According to Dr. Basman Alashi, “There were no physical injuries but emotionally, it is indescribable for the staff.”