Today at the weekly demonstration in the village of Ni’lin near Ramallah, the Israeli military shot live ammunition at protesters. 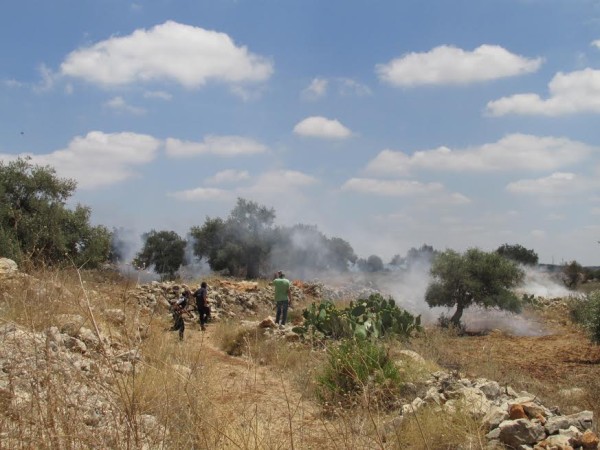 Youths from the village in a cloud of tear gas before one 20-year-old protester was shot with live ammunition (photo by ISM).

Palestinians, Israeli activists, and internationals marched through the olive groves belonging to the village, demanding their land back and freedom for all Palestinians, only to be met by a cloud of tear gas.

The group split up as people ran through the trees. The army continued shooting at different groups of people and soon changed their weapons to rubber-coated steel bullets. For ten minutes the army continued to shoot at Palestinians and internationals, as well as the clearly defined Red Crescent paramedics.

The Israeli military slowly moving closer to the crowd of demonstrators. The solders then changed their weapons and began shooting live ammunition at the crowd, shooting a 20-year-old Palestinian in his leg.

Villagers reported that the army has previously used this method to arrest Palestinians, where they shoot protesters in their feet, beat them, and arrest them. At the demonstration today the young man escaped with the help of Red Crescent paramedics. 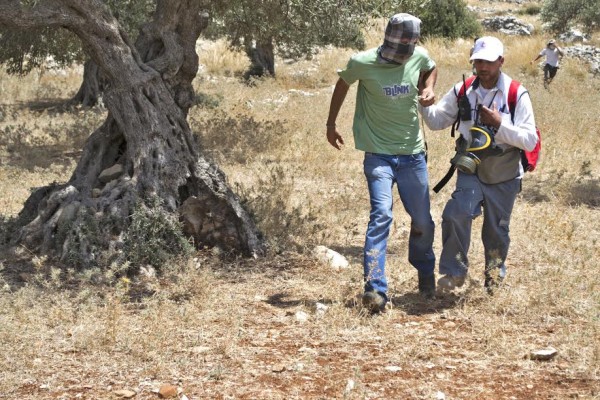 A Palestinian Red Crescent medic aids the injured youth, while other protesters escspe the continued fire of rubber-coated steel bullets (photo by ISM). 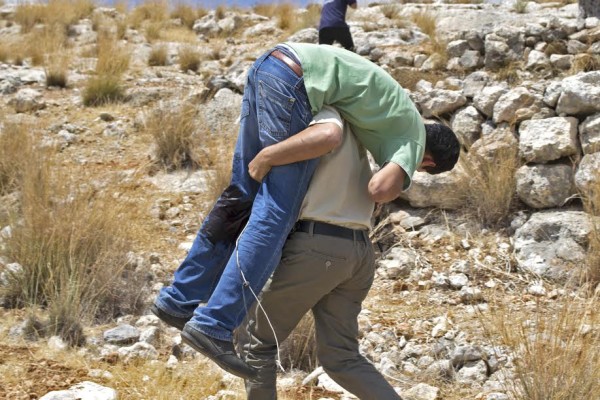 The injured 20-year-old is carried up a hill after injury from the Israeli military (photo by ISM). 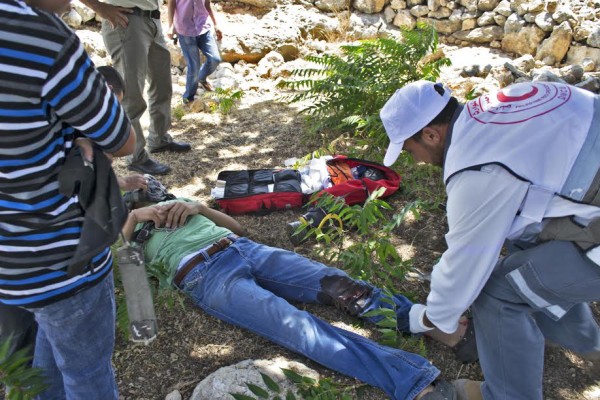 A Red Crescent paramedic attends to the injured youth (photo by ISM).

The army continued to shoot at the crowd with rubber-coated steel bullets as they ran away with the injured youth.

After the 20-year-old protester was taken to a local hospital for medical treatment, the demonstration continued with the military firing many more tear gas canisters at the groups of protesters. 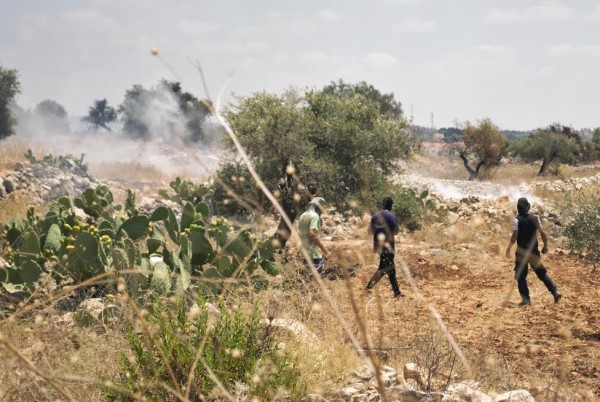 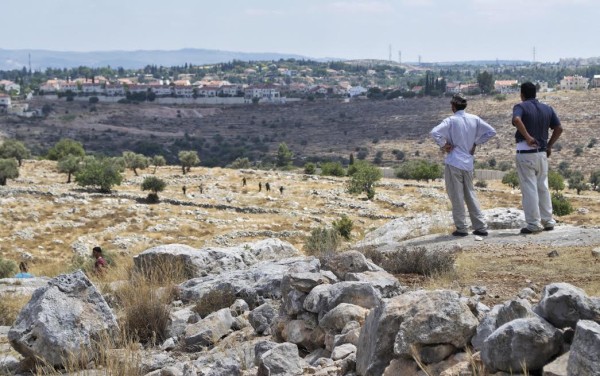 Two protesters view the Israeli soldiers present and a nearby illegal settlement (photo by ISM).