At 22:00 in the evening of Friday, July 25th, Israeli forces injured 15 Palestinians during a protest in the village of Beit Furik, which is located fifteen km southeast of Nablus in the northern half of the West Bank.

Approximately 2000 protesters were marching towards the checkpoint near the village. Roughly 40 Israeli soldiers were waiting for them there, and when they came into view, the soldiers began to shoot tear gas canisters in their direction. Shortly after the protest began, the soldiers changed from firing tear gas, to live ammunition.

23-year-old Yousef Mfeed Mletat was struck by a bullet in his left hip. He recounted the scene tearfully in his bed in Rafidia hospital in Nablus. “They were less than four meters away when they shot me. And then they started to beat me. A soldier was standing on my stomach while some of the others were kicking me. This went on for 15 minutes.” He revealed several welts on his arms and shoulders. 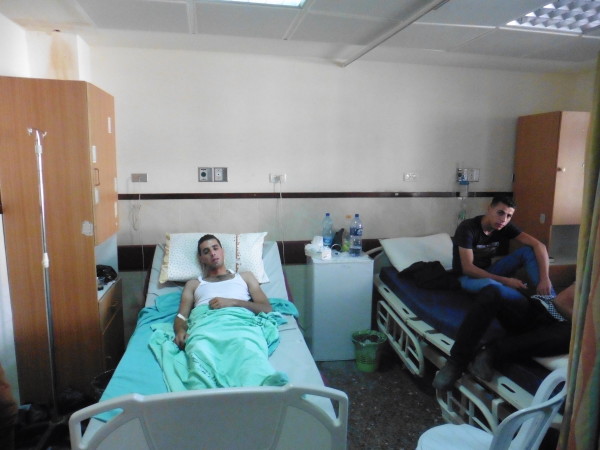 Yahya Hanay, who is 25-years-old, was trying to escape from the scene, when a stun grenade struck his hand, which was covering his face at the time. As he lay on the ground, another stun grenade hit his knee. Yahya has nerve damage in his left thumb, which is said to be serious. 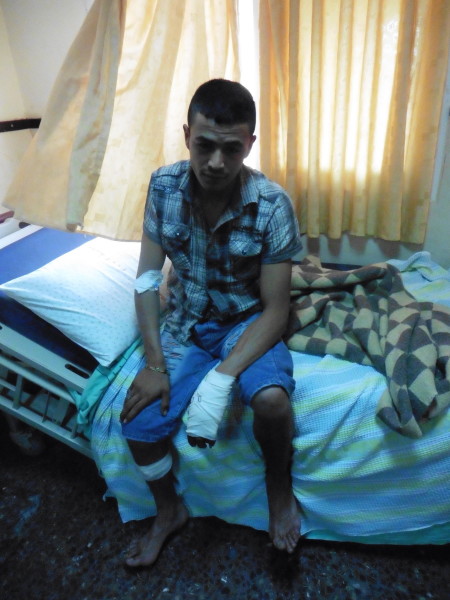 19-year-old Yezen Tala Khatatba, was attempting to help an injured protester, when he was shot in the left knee. The bullet exited his left knee and then entered an exited his right one. He was wearing bandages on both knees as he told his story. “The ambulance was taking me to the hospital, when soldiers twice stopped me for half an hour at a checkpoint. When I told them I had a leg injury, they said it would have been better if I’d been hit in the head.” Yezen also mentioned that another injured protestor had been taken from the ambulance at the checkpoint and beaten by soldiers. 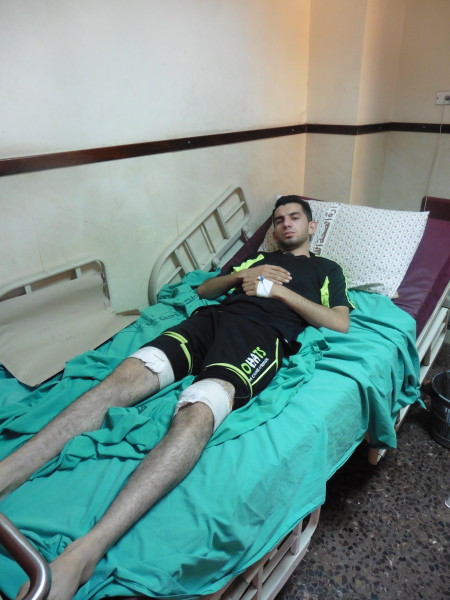