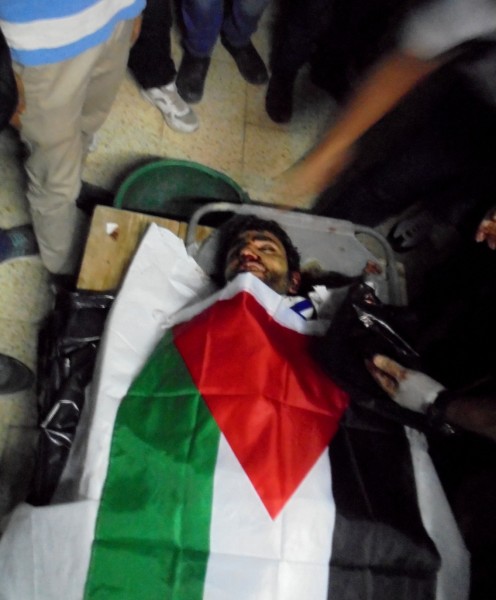 The Israeli army claimed that a Palestinian gunman was shot dead after he injured an Israeli police officer in the leg. The villagers of Huwwara stated their amazement at the version released by the border police; Alaa’ was the owner of a phone shop in Huwarra and not politically affiliated.

The taxi driver stated that Alaa was standing next to the taxi, unarmed, when Israeli soldiers opened fire. A relative of the victim said that Alaa’ arrived at the checkpoint to collect material for his shop.

According to multiple sources, the Israeli military prohibited Red Crescent paramedics from reaching Alaa’. The Israeli army seized his body for “security reasons”, loaded him on into a military vehicle for ‘investigation’.

Yesterday, the Palestinian Center for Human Rights (PCHR) sent a call for a neutral and impartial investigation into the death of Alaa’.

At dawn, Israeli soldiers stormed the village of Huwwara, ransacking the victim’s home, those of his relatives, and his shop, interrogating his parents, his brother and the taxi driver. After the arrival of the military, youth of Huwwara village tried to drive out Israeli forces by throwing stones while Israeli soldiers fired their weapons. One youth was arrested, though his identity is currently unknown. The shops around the village have closed their doors in protest.

At approximately 19:30 yesterday evening, the body was finally handed back to the family, after a short time, the Alaa’s body was transferred to Rafidiah hospital in Nablus.

According to one of the doctors who conducted the autopsy, the majority of Alaa’s wounds were to his chest, abdomen, and both thighs. Alaa’s body held approximately 14 bullet wounds, including a serious wound to the heart and both lungs. His left arm had multiple fractures and a 10×7 cm wound in his left leg. Two fingers were missing on his right hand, and two toes missing from his right foot. Their was also a large wound on the back of his neck. 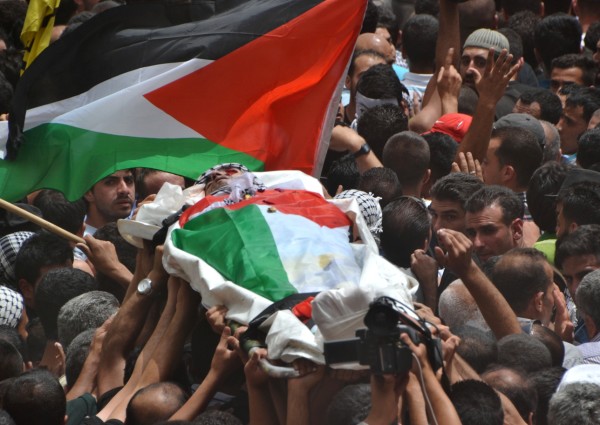 The funeral march from Nablus to Huwwara (photo by ISM).