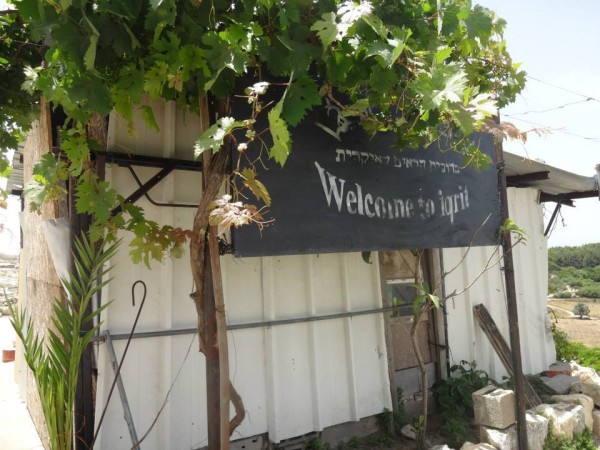 Yesterday morning on the 8th June, Israeli police forces raided the village of Iqrit (located on the northern tip of Israel, within eyesight of Lebanon). The police uprooted trees, destroyed and confiscated all the personal belongings of Palestinian activists present in the village. Furthermore they beat and violently arrested 3 Palestinian men who were present in the village at the time. The 3 arrested are: Walla Sbait, Nidal Khoury and Jeries Khiatt. They were taken to the police station in Nahariyya, where they were kept in detention over night. 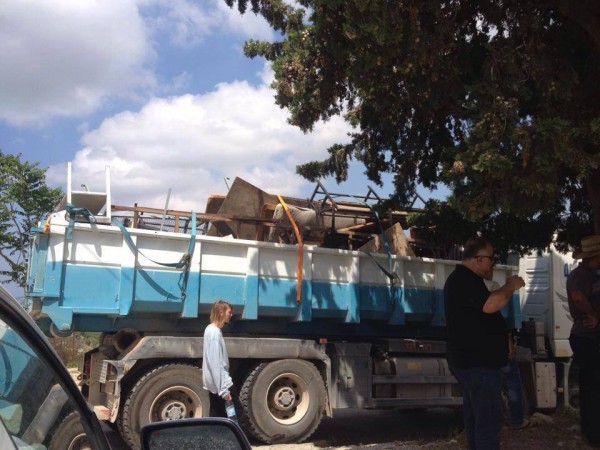 Today at 8:30 AM the three detainees were brought before the Kiryat Gat Magistrates’ Court, following a police request for an extension of their detention. The police have charged the detainees with trespassing the land owned by the ILA, obstructing the work of public officials, assaulting a public employee and endangering public order. 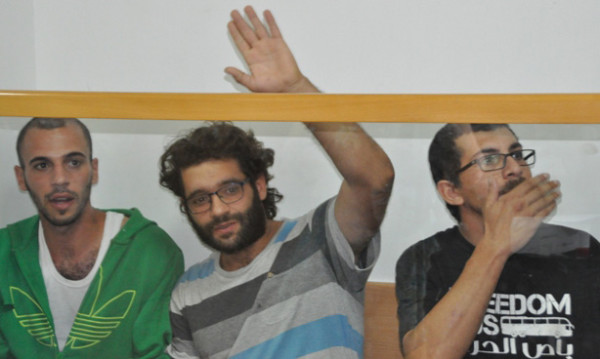 The court ruled that Nidal Khoury is kept in detention until Wednesday 11th of June. Walaa Sbeit and Jeries Khiatt was sentenced house arrest until Sunday 15th of June and they are not allowed to go back to Iqrit for 60 days. 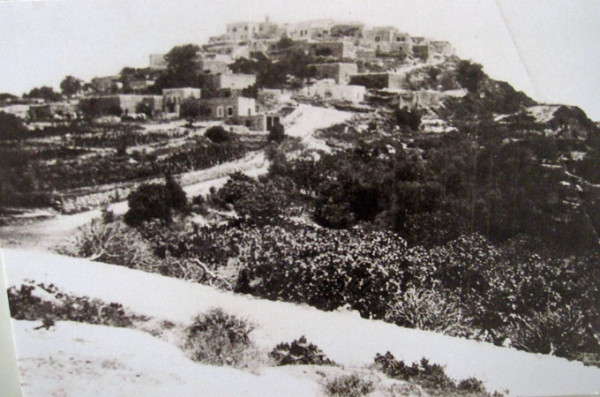 In 1948, the village was home to 600 Christian Palestinians. (Photo of archive picture by Jonathan Cook/Al Jazeera)

As the season of Advent approached in November 1948, the Israeli military forced residents of Iqrit and the neighboring village of Kufr Bir’im —all citizens of the newly created state of Israel— to leave their homes near the northern border with Lebanon because of military operations in the area. The Israeli forces made a promise to the inhabitants, that they could return to their homes after 15 days. The people of Iqrit are still waiting.  In July 1951, the Israeli High Court ruled that the people of Iqrit and Kufr Bir’im had the right to return to their homes. The military refused to comply, and on Christmas Eve 1951 blew up all houses in both villages. 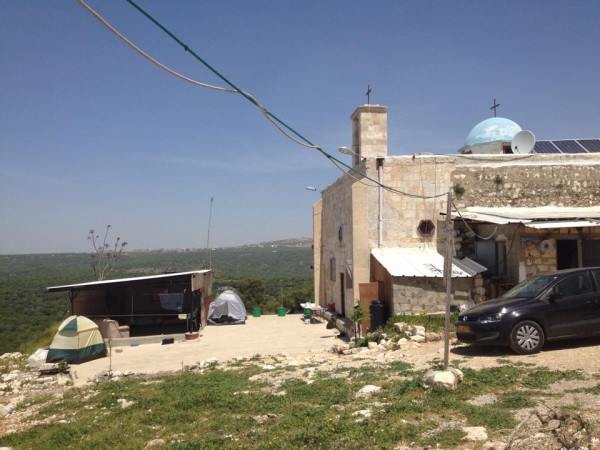 Only the churches and cemeteries were left intact. (Photo by ISM)

Shortly thereafter, all village lands were confiscated by the state and has been rented out to the nearby Kibbutz for their cows to graze until this day. Since then, decades of demonstrations and legal appeals for the villagers’ right to return have seen a string of favorable decisions by courts and commissions that have resulted only in more broken promises and unenforced rulings.In the 1970s, the government had granted use of the cemetery —allowing only the dead to return to Iqrit after they lived and died in exile at Kufr Yasif, Rameh, Haifa or other places. The original villagers and their descendants —now around 1,500 people scattered across northern Israel— are allowed only to hold services in the church and bury their dead in the cemetery. Every first Saturday of the month there has been a mass held at the village church and every year a summer camp has been organised on the hillside. In August 2012 the third generation reclaimed their village. 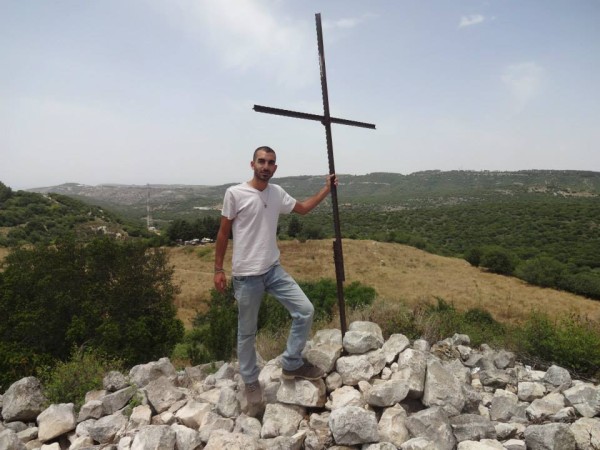 One of the returned youth, standing on the ruins of his grandparents house. (Photo by ISM)

Around 20 descendants from Iqrit  took the initiative to begin resurrecting the village despite the village’s legal limbo. The activists make sure that the village is constantly inhabited, sleeping in tents, under the stars or in rooms attached to the church. The group consists of university students, factory and restaurant workers, and teachers. 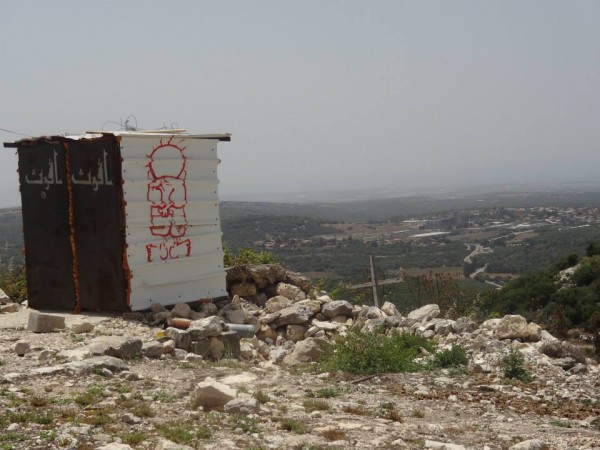 Tin shacks serving as a toilet and shower. (Photo by ISM)

Their attempts to construct or plant anything in the village have been met with immediate demolition by the Israeli authorities. But over time, they’ve been able to add a few amenities, including solar panels on the church roof,  determined to bring back life to Iqrit. 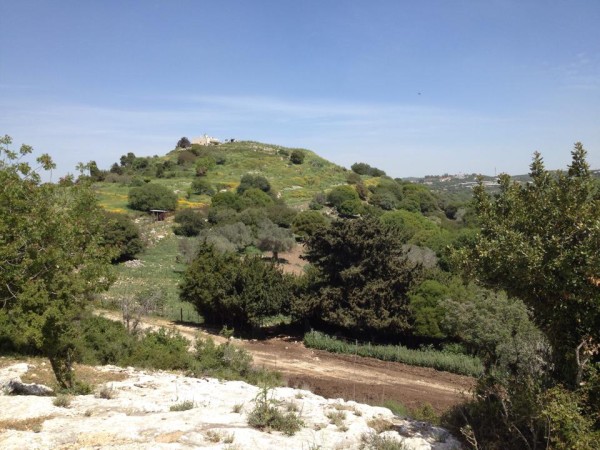 Iqrit’s 80 homes are long gone, but the activists goal is to rebuild Iqrit for the villagers-in-exile, refusing only to return to their home in coffins, but alive. The activists have returned to the area and are discussing on how to proceed with their campaign, determined not to be intimidated by Israeli forces and their harassment
Iqrit Israeli police Refugees Right of return 2014-06-09
ISM Media 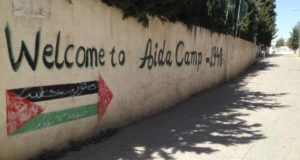 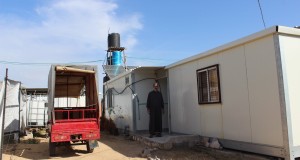