On the 24th of May, approximately 40 protesters gathered at Al-Fwar refugee camp. The protest was to support the 5,000 political prisoners of whom more than a 180, are on their 30th day of hunger strike. 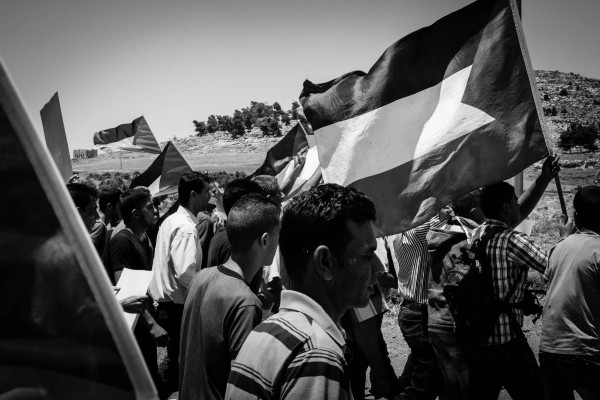 The protesters walk toward road 60 (photo by ISM). 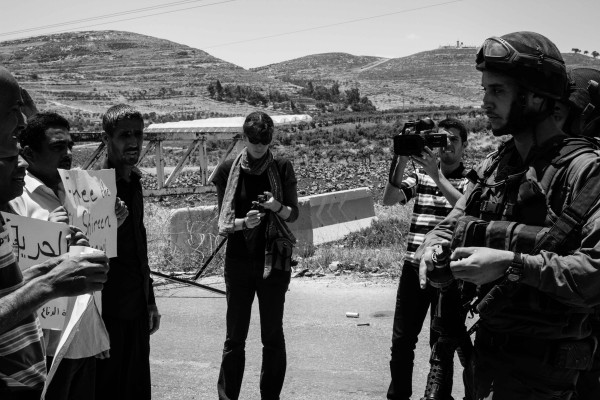 An Israeli soldier is about to throw a tear gas grenade at the feet of the protesters, to stop them from going further (photo by ISM). 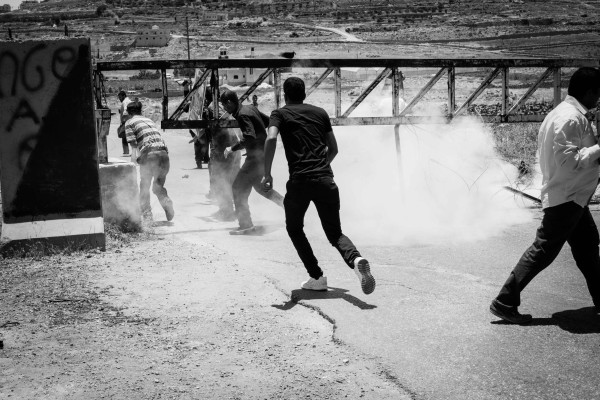 Protesters retreat after a tear gas grenade is thrown (Photo by ISM). 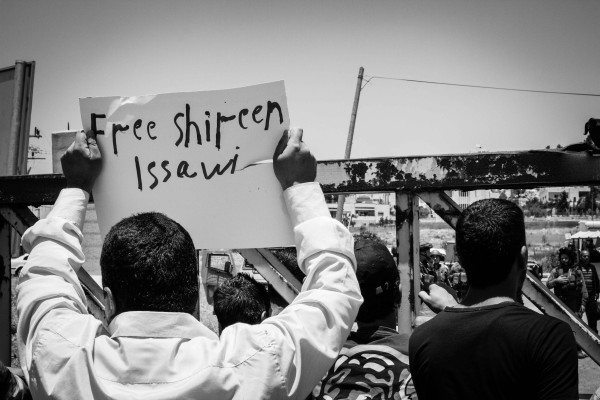 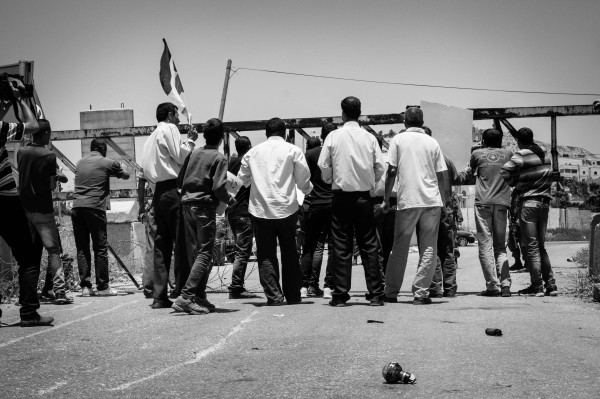 The demonstrators gathering behind the gate, continuing the protest (photo by ISM). 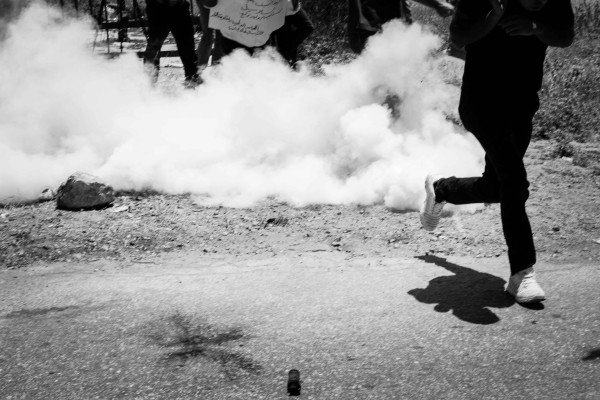 Even after the protesters were following the soldiers’ instructions to stand behind the gate, the soldiers continued to throw tear gas and stun grenades at their feet. (Photo by ISM) 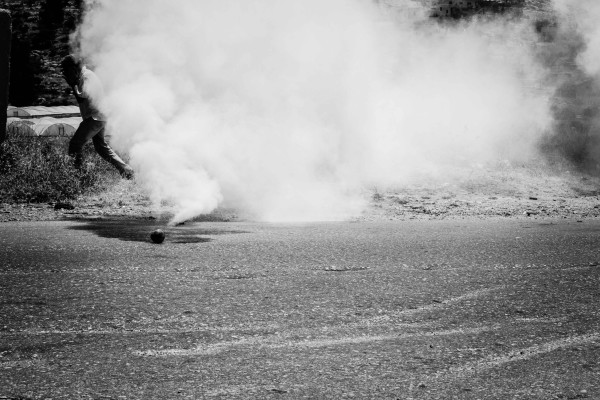 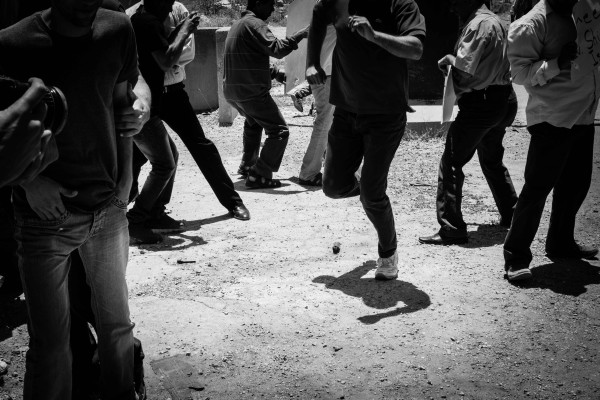 Protesters running away from a stun grenade. Standing too close to a stun grenade when it explodes, can result in hearing loss, concussion, and loss of balance.
(Photo by ISM) 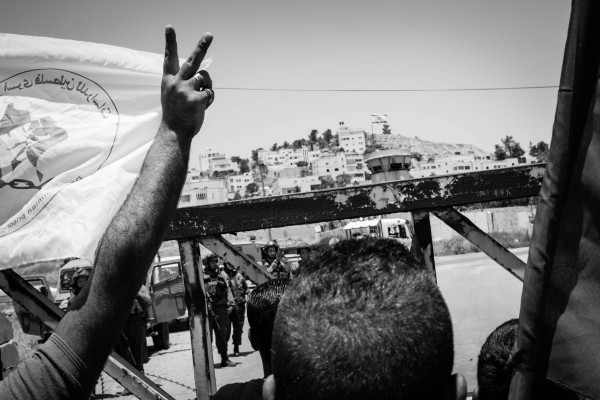 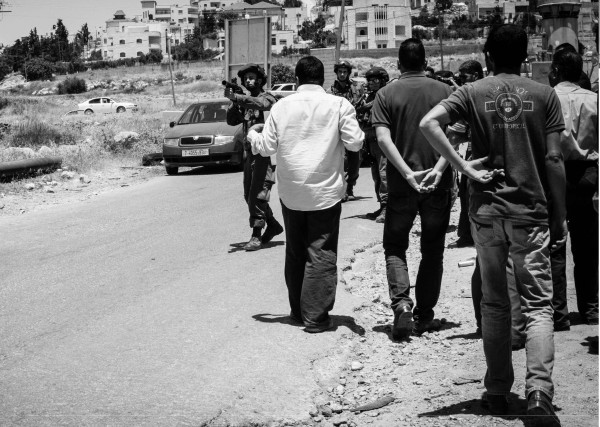 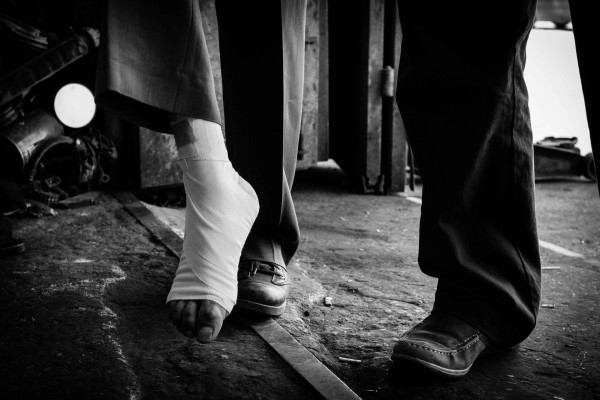 One man was hit in the ankle by a tear gas canister, and treated at the scene.
(Photo by ISM)

The protest was successful in the sense that their message was expressed strongly and non-violently, despite the extreme violence of the Israeli soldiers and border police.

A local resident of Al-Fwar refugee camp told ISM, that three teenagers aged 13-14 were arrested in the past week. Their parents haven’t been allowed to see them or speak with them since, although a lawyer had told the parents that they are in Ofer prison. According to the lawyer there have been eight child arrests recently.