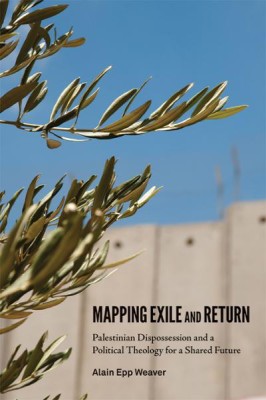 In Mapping Exile and Return: Palestinian Dispossession and a Political Theology for a Shared Future, American Mennonite theologian and aid worker Alain Epp Weaver explores a legacy of Palestinian Christian exile, and struggle for return. The book’s terrain ranges from the ethnically-cleansed villages of the Galilee to the Upper West Side of Manhattan.

Weaver focuses particularly on contending geographies: how “Palestinians have been ‘abolished from the map,’ in the words of Palestinian cartographer Salman Abu-Sitta,” and the prospect of “counter-cartographies that subvert colonialism’s map-making.”

His book encompasses the work of specialists, like Abu-Sitta’s maps, the writings of Edward Said, the Institute for Palestine Studies’ encyclopedic volume All That Remains: The Palestinian Villages Occupied and Depopulated by Israel in 1948, as well as “memory production” by thousands of Palestinians through collaborations like the web archive Palestine Remembered.

“In the face of Zionist rejection of Palestinian refugee return, international indifference, and an ineffectual and compromising Palestinian leadership for whom the refugee question is a source of irritation, Palestinian refugees pin their hopes on memory,” Weaver writes.

Significantly, he also includes extended histories of two key initiatives: the struggles for return by the ethnically-cleansed Christian villagers of Kufr Birim and Iqrit in the Galilee, and Zochrot, an Israeli organization dedicated to “remembering the Nakba in Hebrew.”

The residents of Kufr Birim and Iqrit, Weaver writes, “pioneered and in turn inspired activism on the part of other internally displaced persons (IDPs) inside Israel” through mass mobilizations, as well as “rites of return.”

Through the latter, ranging from personal visits to destroyed family homes to community festivals, like Iqrit’s recent Easter celebrations, villagers “carry on a dual struggle, both against the Israeli state and its institutions that deny their rights to the land and against sedentary tendencies and forgetfulness,” Weaver writes.

Later he likens Zochrot’s public mappings of ethnically-cleansed villages to “at least some practices of Palestinian refugees” as “exilic vigils.”

This content is fascinating, if unpredictable. Readers may wonder at the omission of major efforts like Kairos Palestine and the Sabeel Ecumenical Liberation Theology Center.

But at times, Weaver’s heavy-handed application of his own theology, and efforts to find its reflection in Palestinian Christianity, pose a bigger challenge.

His analysis is steeped in the writings of another American Mennonite, John Howard Yoder, popular among Catholic Workers and other Christian activists, as well as Mennonites. Like his Mennonite forebears, Yoder viewed nations and their political institutions critically.

At his most succinct, he told a 1957 Mennonite peace conference near Karlsruhe, Germany, “The state is a pagan institution in which a Christian would not normally hold a position” (John Howard Yoder, Discipleship as Political Responsibility, Scottsdale, Pennsylvania, Herald Press, 2003, p. 25).

Following Yoder’s “theology of galut [exile] as vocation,” Weaver argues for “accepting one’s exilic status, even when one is at home,” and advocates a binationalism “differentiated from the one-state solution.”

His prescription bears some resemblance to the description of a “very fluid model” of “overlapping claims” in ancient Palestine offered by Hebrew Bible scholar Rachel Havrelock.

And in each case study in the book, Weaver searches “for a theological cartography of land and return in which exile and return function as potentially interpenetrating, instead of irreducibly opposed, realities.”

In his section on Edward Said, Weaver may find what he seeks. In another, he fairly claims, “Abu-Sitta’s maps can (but need not) be interpreted as escaping the statist character of most national maps.”

“[N]ow we have a new understanding of the Chosenness,” Chacour wrote in 1999. “Who is Chosen? Man and Woman — every man and every woman — are invited to take part in the divine banquet” (“Reconciliation and Justice: Living with the Memory,” Holy Land, Hollow Jubilee: God, Justice, and the Palestinians, ed. Naim Ateek and Michael Prior (London: Melisende, 1999), p. 112).

This clear opinion “fails to do justice to Chacour’s nuance at other points in his writings,” Weaver states, before divining the position he would prefer Chacour hold instead from his choice of a Bible translation. In such passages, it becomes painfully obvious that what Weaver hopes to find is simply not there.

In 1970, black liberation theologian James H. Cone wrote that “there can be no theology of the gospel which does not arise from an oppressed community.” Theology, Cone added, “cannot be separated from the community which it represents” (James H. Cone, A Black Theology of Liberation: Fortieth Anniversary Edition, Maryknoll, New York, Orbis Books, 2010, p. 5, 9).

Weaver’s account offers a testimony to both the world’s oldest Christian community’s theological response to its own oppression, and the risks of viewing its struggle through a lens that may, in another context, make perfect sense.

In Kairos Palestine’s recent Easter Alert, Hind Khoury, Sabeel’s vice-president and former Palestinian Authority minister of Jerusalem affairs and Palestine Liberation Organization ambassador to France, writes, “Each one of us is targeted in our very survival and the integrity of our community, as in the integrity of our identity and our culture. Even our memory and our future are being hijacked.”

“One of the latest such laws, for example, decreed that Palestinian Christians are not Arabs in order to further divide and rule and confuse Palestinian cohesive identity,” she added.

Palestinians facing not only occupation and exile, but also denial of their heritage and sectarian attempts to fragment it, may find belonging, identity and nationality more liberatory, for themselves and the world around them, than those of us who share Weaver’s “location within political and theological maps of power and privilege” as “descendant[s] of European immigrants who settled on land claimed by Pawnee and Cheyenne nations,” among a great many others.

“We must create spaces for listening to the broad spectrum of Palestinian stories,” she added. “We cannot do that by excluding the majority of Palestinians who happen to be Muslims.”

Nor, while Israel’s sectarian legislation and attempts to recruit Christians into its army, and what the Catholic Ordinaries of the Holy Land yesterday called “a wave of anti-Christian fanaticism and violence” by Israelis continue, is it likely to happen through the detachment Yoder suggested and Weaver champions.

Instead most Palestinians, regardless of faith, may find more promise in the “firm national position of the Christians in refusing to join a military that exercises violence against the rights of the Palestinian people,” expressed Friday by Archbishop Hannah and retired Latin Patriarch Michel Sabbah, and in the Easter sentiments of Sabbah’s successor, current Patriarch Fouad Twal: “We are the rightful/lawful owners, and you will hear our voice before all governments worldwide.”

Joe Catron is a US activist in Gaza, Palestine. He co-edited The Prisoners’ Diaries: Palestinian Voices from the Israeli Gulag, an anthology of accounts by detainees freed in the 2011 prisoner exchange, and is a member of the Palestine Israel Network in the Episcopal Church. Follow him on Twitter: @jncatron. 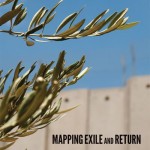