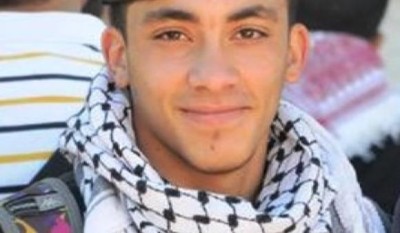 Nadeem Siam Nawara, 17, and Mohammad Mahmoud Odeh Abu Daher, 16, were both fatally shot in the chest with live ammunition near Ofer military prison in the West Bank city of Beitunia. Both boys were transferred to the Palestine Medical Complex in Ramallah where they were later pronounced dead.

The boys were participating in a demonstration near Ofer military prison to mark Nakba Day and express solidarity with hunger striking prisoners currently held in administrative detention by Israel. The demonstration reportedly began peacefully and then turned violent when Israeli forces clashed with Palestinian youths, according to The New York Times. 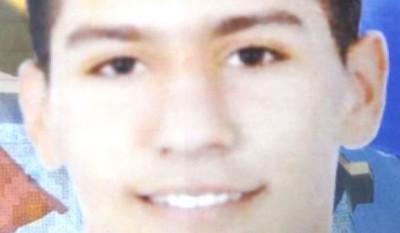 “Israeli forces continue to use excessive force and recklessly fire live ammunition and rubber-coated metal bullets on unarmed protesters, including children, killing them with impunity,” said Rifat Kassis, executive director of DCI-Palestine. “While Israel claims to open investigations into such incidents, they are not transparent or independent, and seldom result in a soldier being held accountable.”

Mohammad Abdullah Hussein al-Azzeh, 15, sustained a gunshot wound when he was hit with live ammunition in the back and left lung while taking part in the same demonstration. He is currently in stable condition at the Ramallah Medical Complex.

Palestinians across the occupied West Bank and Gaza Strip held marches on May 15 to commemorate the Nabka or “catastrophe”, which marks the forced displacement and dispossession of the Palestinian homeland in 1948. 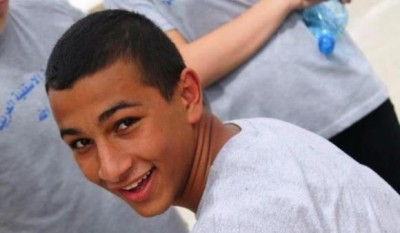 Mohammad Abdullah Hussein al-Azzeh, 15, sustained a gunshot wound in the back and left lung during the same demonstration.

The use of live ammunition by soldiers on unarmed Palestinian civilians, including children, has been a recent area of concern to human rights groups. In February, Amnesty International released a report finding that the Israeli army uses reckless force throughout the West Bank.

An Israeli army spokesperson said that the killings were under investigation and claimed that only rubber-coated metal bullets, stun grenades and tear gas were used by Israeli forces at the time of the incident, not live ammunition, according to Haaretz.

In March, Israeli forces shot and killed Yousef al-Shawamrah, 14, with live ammunition in the southern West Bank near his village of Deir al-Asal al-Fawqa. He was shot while looking for thistle in an area of land belonging to the village that now sits on the other side of Israel’s separation barrier. As he and two friends crossed through an open area, soldiers fired live ammunition toward the boys, hitting Yousef in the hip and back.

In December 2013, Wajih Wajdi al-Ramahi, 15, from Jalazoun refugee camp north of the West Bank city of Ramallah was fatally shot with live ammunition fired by an Israeli soldier. Documenting the killing, DCI-Palestine found that Wajih had been shot in the back from a distance of 150-200 meters (about 500 feet).

The Israeli military’s own regulations dictate that live ammunition must be used “only under circumstances of real mortal danger,” but the regulations are not enforced and frequently ignored by Israeli soldiers, according to research by DCI-Palestine and a recent report by B’Tselem, an Israeli human rights group. 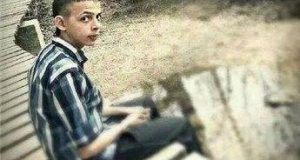 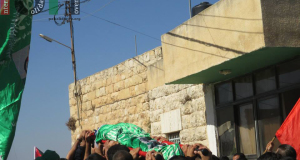 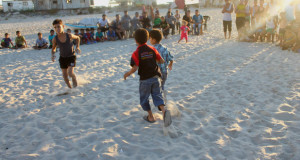