At 12:30 yesterday afternoon, Salfit’s female elementary school was empty. Only a few staff remained, attempting to clean the walls after Israeli soldiers threw tear gas and stun grenades in an attack earlier in the morning. According to the headmistress of the school, the attack took place at approximately 9:30 am. At this time, the classrooms were full of female students between the ages of six and 12-years-old. The soldiers shot the tear gas from the street and it landed in the playground, school corridors and on the roof, with the tear gas itself drifting into the classrooms.

Staff from the school reported that ten young students required medical attention on site; two of them temporarily lost consciousness due to the inhalation of tear gas. When the headmistress was reassured that the Israeli army had left Salfit, at approximately 11:30 am, she began evacuating the girls. Both the school psychologist and headmistress agree that the girls were in shock, many of them crying when the attack began and after were afraid of leaving the school by themselves. The school psychologist expects that at least half of the students will not attend the following day after this experience from the Israeli army.

A female secondary school is located just meters away from the elementary school. Fortunately, no one was injured in that institution despite some exposure to the gas, but it did eventually close early as a precaution.

Witnesses reported that Israeli forces have also harassed neighbours to the school who photographed the attack. That is the case with Ahmed Zubuydi, aged 21. He was working in a nearby shop when a military jeep stopped in front of him and interrogated him for 20 minutes. He was asked to show his ID and was thoroughly searched. The commander of the Israeli soldiers began asking personal questions, such as where Ahmed worked, where he studied, and where he spends the money he earns. Ahmed reports that this is not the first time he has been interrogated by the Israeli army.

The headmistress of the girl’s elementary school reported that this is the second time this year that this sort of attack has occurred, with the first taking place in January. The school fears that these attacks may become systematic and will therefore seek training from the Fire Department to help cope with future incidents. 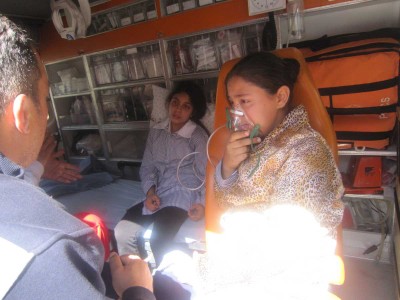 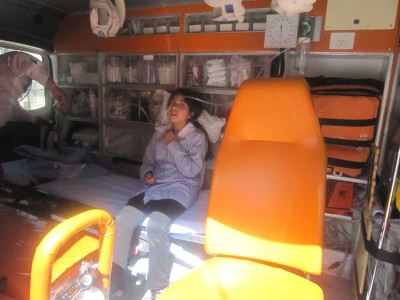