In stark contrast to other Fridays, the weekly demonstration of Kafr Qaddum, in Qalqilya district, on 31st January, 2014, was met with a cynical display of theatrics, in which Israeli forces attempted to portray themselves as peacemakers. The presence at the demonstration of a representative from the United Nations Office of the High Commissioner for Human Rights led to unprecedented behavior by the soldiers.

For the first time since the demonstrations began in July 2011, an Israeli officer with a megaphone made several polite requests for demonstrators to return to their homes. A female officer was also brought forward and appeals were made to the protesters not to throw stones as there was a woman present. A smaller than usual amount of tear gas was used, although several protesters were hit by canisters aimed at body height.

The weekly demonstration held at Kufr Qaddum is notorious throughout the West Bank for the high level of violent repression employed by Israeli forces. In addition to violence during the demonstrations, Israeli forces carry out regular night raids and random arrests in the town.

Protesters demand access to the road connecting the town with Nablus, which has been closed since 2003. An Israeli court ruled in November 2010 that the road should be reopened, although the military continues to block it. The illegal settlement of Qedumin, whose construction involved the theft of 4000 dunums of land from the town of Kafr Qaddum, lies along this road.

Local residents and international human rights activists spoke with the UN representative, who informed them that UN OHCHR visits in the West Bank must always be coordinated through the Israeli military high command, thus explaining the unusual behaviour on the part of the soldiers. 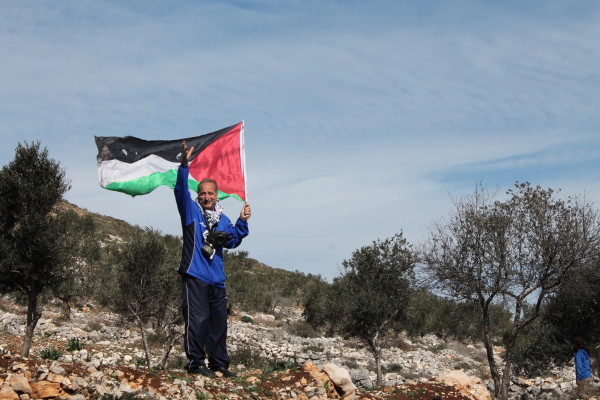