Israeli forces use tear gas against schoolchildren in Hebron

On Sunday, the 16th of February, Israeli soldiers and border police in Hebron fired tear gas and sound grenades at children on their way to school. The border police also chased the children, attempting to arrest them. 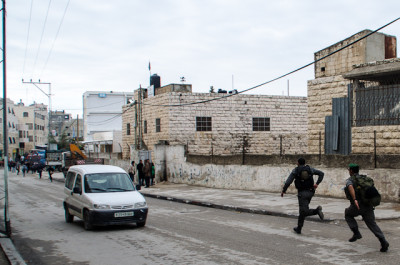 At Checkpoint 29, around 7:30 a.m., a few children on their way to school (there are three schools near the checkpoint) were throwing stones at the soldiers stationed there. In response to this two border police and a soldier appeared from an alley and threw a sound grenade at the kids close to the United Nations school on Tareq Ben Ziyad Street.

This frightened not only the children who had thrown stones but all the children on their way to school, causing them to flee. When they did not catch any children the two border police and the soldier stood in front of the school blocking the entrance and started firing teargas at those who had fled.

As the border police and the soldier returned to the checkpoint, three new soldiers came out of an apartment across the street, preventing the children from entering their school. The soldiers continued firing teargas towards the crowd of upset and frightened children. 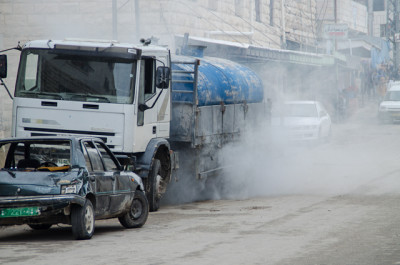 Tear gas is a nondiscriminatory nerve gas which affects all persons nearby. The gas often takes a long time to disperse, forcing children to go through the half-dispersed gas clouds on their way to school, leaving them crying and coughing. The use of tear gas against schoolchildren is common in Hebron.

In total, seven soldiers and two border police were involved in the incident, firing six tear gas grenades and two sound grenades at the children.