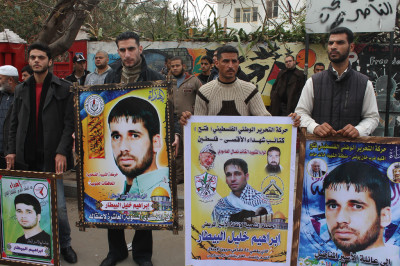 “My son’s name is Ibrahim Al Goshen,” a woman said in the International Committee of the Red Cross courtyard. “Since after the hunger strike in October 2011, he has had pain in the legs and shoulders. He has an enlarged thyroid and high blood pressure,  and sometimes falls into a coma for hours.” 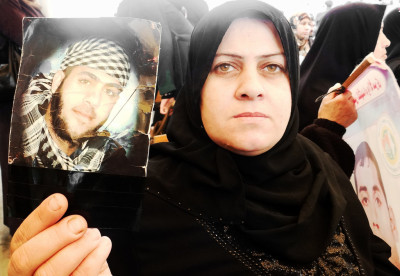 “A year ago he had some tests, but they have not yet yielded the results,” she continued. “The only medicines they give him are painkillers and analgesics, paracetamol, and aspirin.”

“Ibrahim has been in prison for four years, and must serve another two and a half. He is 37 years old and has three children. We were able to visit him only three times, and only after the exchange with the soldier Shalit. We do not know which disease he has, but are sure he does not receive adequate care.” 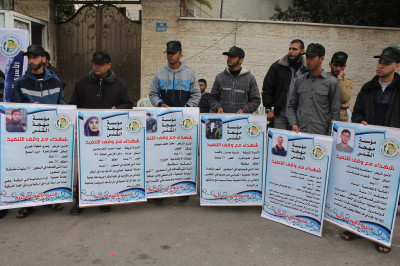 Ibrahim is not the only one in his situation. Many witnesses report that too often the “cures” patients receive are limited to paracetamol and painkillers, which will not affect the causes of the disease. There are cases of untreated leukemia, prisoners suffering from cancer who are not receiving chemotherapy, persons who have contracted serious diseases like hepatitis due to poor hygienic conditions in prisons.

Other sick prisoners have died because of lack of medical care. Abu Hamdiyeh, for example, died in March 2013. In August 2012 had a very painful sore throat, which was treated only with painkillers. When he was finally taken to the Soroka hospital, his throat cancer had already spread to his spine. Hasan Turabi, arrested when he already had leukemia, stated he did not receive adequate medical care. He went to the clinic because he vomited blood, for which he received painkillers. Hasan was discharged on his deathbed. He died at age 22 on 5th November 2013. 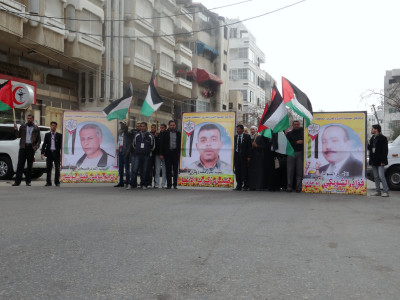 Islam Abdo, media coordinator of the ministry of detainees in Gaza, cited the case of Yosri al-Masri, 31 years old, who was arrested ten years ago and sentenced to 20 years.

“This morning we went to visit his family,” Abdo said. “Yosri has thyroid cancer that has already reached the lymph nodes. A month and a half ago, they removed the thyroid gland, but did not give him the medicines to replace the hormones it produces, only painkillers. He should have chemotherapy, he should receive care that does not receive, so as a kind of protest he refused to take paracetamol and painkillers that were administered in place of the medicine he needed.” 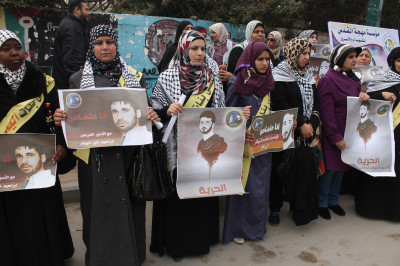 “While I was in the intensive care unit, after the operation, my hands and feet had been cuffed to the hospital bed,” Yosri said in November. “I was guarded by 3 jailers, and whenever I wanted to go to the bathroom or to take shower they had to take the permission from Nafha intelligence officer.”

Motassem Radad suffers from acute intestinal inflammation that causes bleeding and severe pain. His condition deteriorated after a cortisone injection, which caused difficulty in the movement of his hands and legs. Thaer Halahla has contracted hepatitis C in Ashkelon prison, following a dental operation. He was transferred to a medical clinic in December. Thaer was held under administrative detention. After 77 days of a hunger strike, which contributed to the deterioration of his health condition, he was released on 5th June, 2012 and re-arrested 10th April, 2013. The list could go on, but would become repetitive. These are only examples. 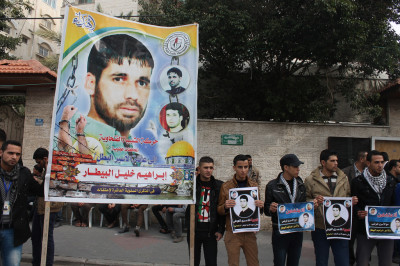 1,000 patients are waiting for medical treatment in the Zionist jails. 25 prisoners suffer from cancer. 207 detainees have died since 1967, including 54 from medical negligence. Under international law, no Palestinian should be arrested and imprisoned by the occupying power in territories occupied in1948 In the Zionist jails, prisoners are routinely subjected to torture, forbidden family visits, held under administrative detention, without charge or trial. 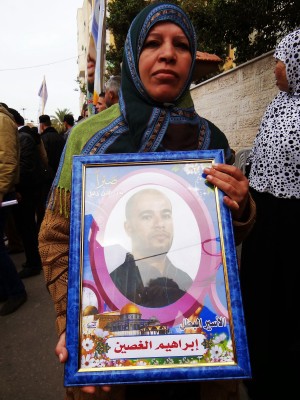 Ibrahim al-Bitar, age 33, was arrested in 2003 while traveling through the Rafah crossing back from Egypt, where he had gone to receive medical treatment for an eye, and sentenced to 18 years in prison. Islam, at the ministry of detainees, said that his interrogation and torture have worsened his medical situation, and now has problems with his stomach and intestines. Rami, who was released a month ago after being held in Israeli prisons since before the Oslo agreements, said that Ibrahim is a friend of his. Part of Ibrahim’s intestine was removed, but his health is still precarious because he has not received the necessary treatment since the operation.

“The last time I saw him he was very ill, but had not yet lost his strength and hope,” Rami said. “He asked me to talk about his case and the other sick prisoners. He asked me to create pressure for them to receive the treatment they need. When he can, he calls me on the phone from jail to remind me to do so.”