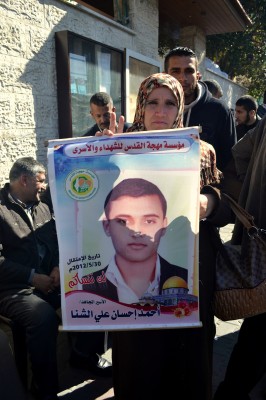 Friends and relatives, as well as local and international activists, gathered Monday morning at the International Committee of the Red Cross in Gaza to demonstrate, like every week, in support of the Palestinian prisoners in Israeli jails.

“My cousin was arrested during the 2006 Israeli invasion of Beit Hannoun,” Said Attallah Abu Oudah said. “He is detained in the Ramle prison. He is 31 years old and has been in jail for almost eight years. Only his mother and his sister can visit him. I hope one day all the Palestinian prisoners in Israeli jails, as well as Palestine itself, will win their freedom.”

Outside the ICRC, the Muhjad al-Quds Association erected a stage in the middle of the street. The spokesman of the association gave a speech, appealing to all the Palestinian political factions to combine their efforts in support of the struggle of the prisoners. He spoke of all types of Palestinian detainees, from the sick prisoners to the released ones, from Ibrahim Bitar to Samer Issawi.

The Fatah delegation currently visiting Gaza from the West Bank attended the rally as well. Nabil Shaath, head of the delegation, spoke from the the stage about the current series of prisoner releases. 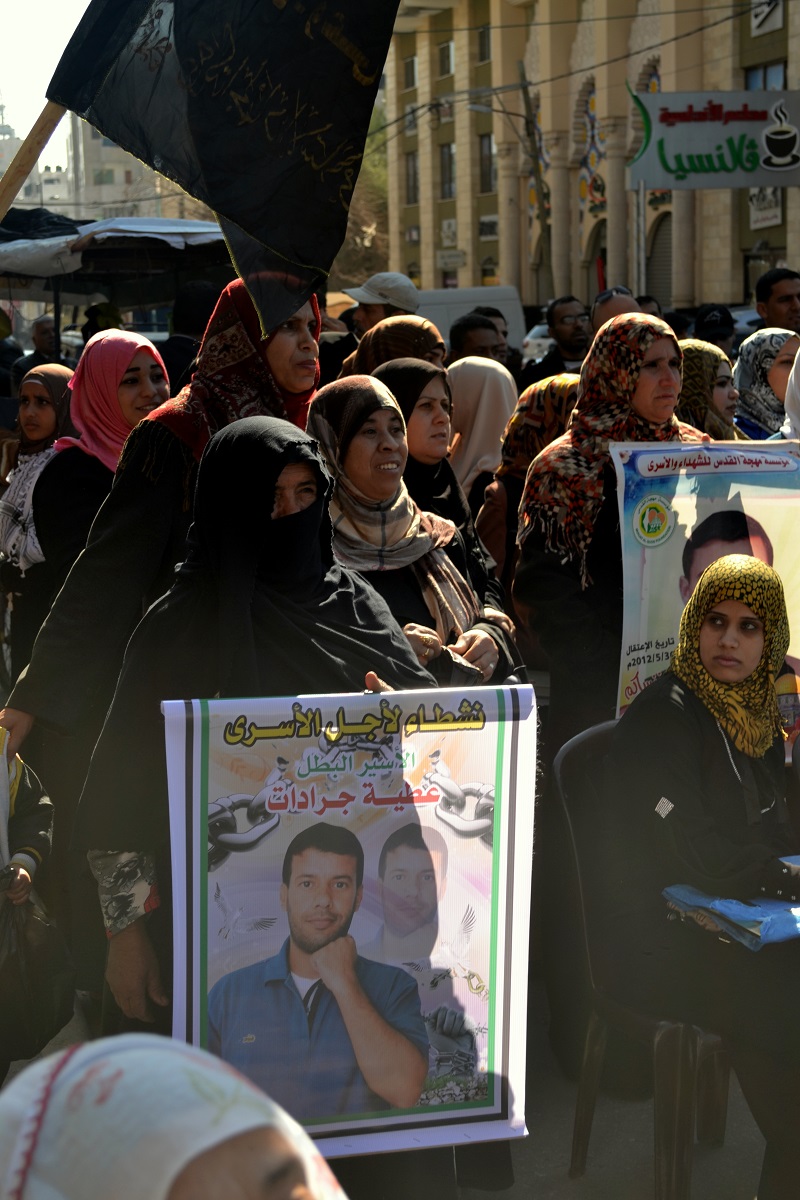 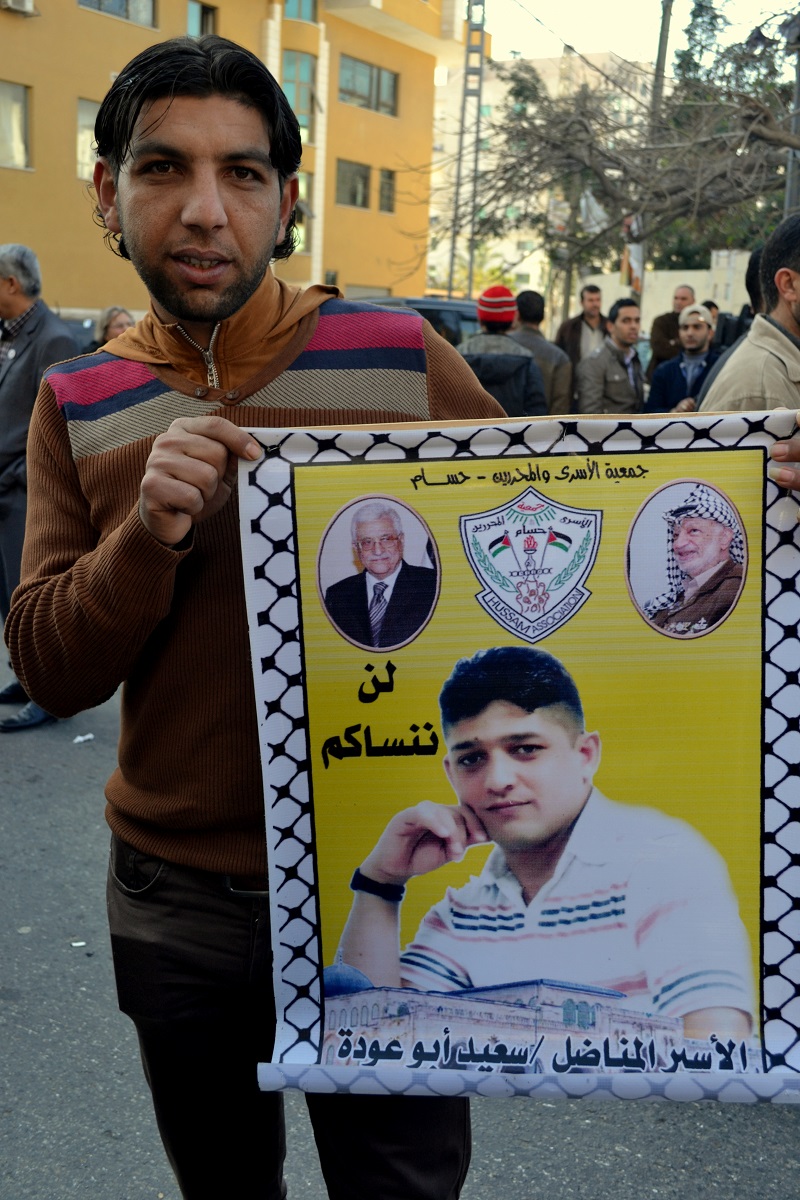