On Friday, 10th January 2014, at approximately 4 o’clock in the morning a group of twenty settlers from nearby illegal settlements entered the Palestinian village of Kifl Hares. Some of them arrived in cars, others on foot. The settlers made noise and broke windows of parked cars. Palestinians on their way to the mosque for the first prayers were harassed and settlers in cars tried to run them over. Children were frightened and the villagers were afraid to leave their homes.

Previously, on Tuesday 7th January, the Israeli army closed the gate at the main entrance to the village, which leads to the main road. When villagers asked the reason for this, the soldiers stationed in a watchtower nearby answered that the gate would be closed indefinitely for security reasons.

On Thursday, 9th January, an emergency occurred, when an ambulance attempted to take an elderly lady living near the entrance to a hospital in Nablus. The residents requested that the Israeli soldiers open the gate for just five minutes so that the ambulance could reach the main road. The Israeli forces refused and the paramedic had to carry the lady by hand on a stretcher from her house to the other side of the gate. This delayed her arrival at hospital.

The gate has been opened only once in the past few days. This happened on Friday, when the settlers entered the village, implying that the Israeli forces knew of the settler attack.

Illegal settlers and Jewish tourists have entered Kifl Hares on many occasions. The village is located in the northern West Bank in the Salfit district and close to Ariel, the largest of the illegal settlements. The pretext for the incursions into Kifl Hares is a pilgrimage to three disputed tombs. The centuries-old tombs belonging to the village are also important for Muslims. Large numbers of settlers arrive on visits organized by the DCO and with Israeli army protection. Settlers and Jewish tourists from all over the world arrive by bus, frequently during the night. During the incursions, Israeli forces declare the village a closed military zone and Palestinians are required to stay in their homes until the settlers have left. This event occurs around twenty times a year. Nevertheless settlers also come weekly without army protection to pray in the tombs and often to harass or attack villagers. Several years ago Palestinian youth would resist these incursions by throwing stones at the illegal settlers and Israeli forces. This resistance was invariably responded to with night raids and arrests that resulted in imprisonment for up to five years. Since then villagers have been afraid to resist these settler attacks. 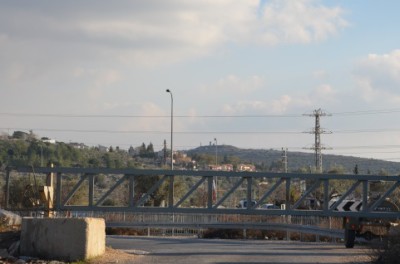 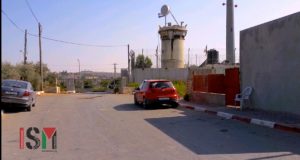