Gaza welcomes freed Palestinian detainees, rallies for others in illness and isolation 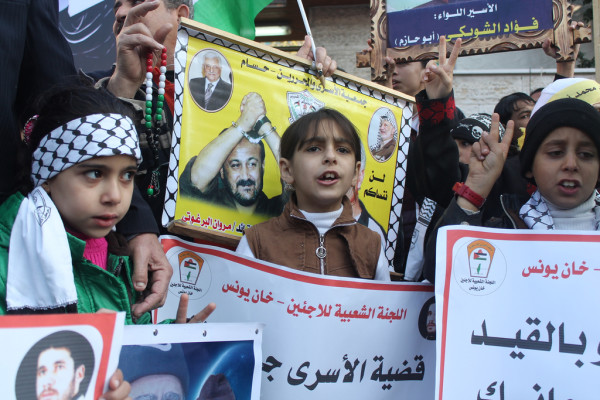 Like every Monday morning, people gathered at International Committee of the Red Cross’ Gaza office to demonstrate in solidarity with the Palestinian prisoners in Israeli detention facilities. 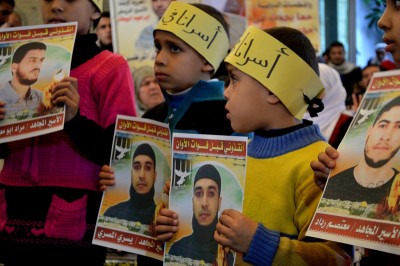 This week’s rally started with the chanting of slogans against the illegal detention of Palestinians and people offering sweets to pay homage to Rami Barbakh, a prisoner freed in the latest release who attended the rally.

Banners in honor of Ibrahim Bitar, a Palestinian patient prisoner from Khan Younis detained in the prison of Nafha, whose family has been recently banned from visiting him, were held by Palestinian youth movements. 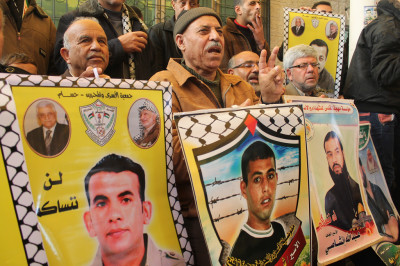 Members of the Popular Front for the Liberation of Palestine also distributed flyers urging all Palestinian factions to join together to pressure the Palestinian Authority to act against the illegal detention of Palestinian and against solitary confinement in Israeli jails.

Outside the IRCC, last week a rally organized by the Fatah Youth Movement saw Mahmoud Salman, Rami Barbakh and Ibrahim Abu Ali awarded pictures and scarves to celebrate their release on 30th December 2013, after more than 20 years of detention. This week, Palestinian Islamic Jihad organized a rally in solidarity with the Palestinian refugee camp of Yarmouk in Siria, and with Palestinian prisoners. 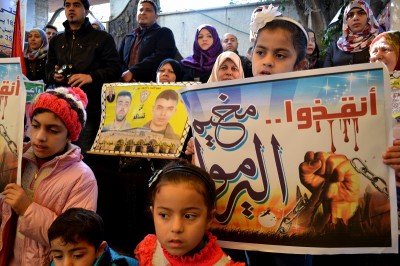 “We have more than 5,000 prisoners in the Israeli jails,” Ahmad Abu Soud, an ex-detainee who spent 26 years in occupation jails, said from the stage. “Our priority is the sick prisoners. We want Abu Mazen to increase efforts to set them all free.”

While the Israeli detention of Palestinians continues, G4S, the company which provides Israel with surveillance equipment at its checkpoint and in its detention facilities, is under major investigation by international authorities for its activities in Israel and the occupied Palestinian territories. 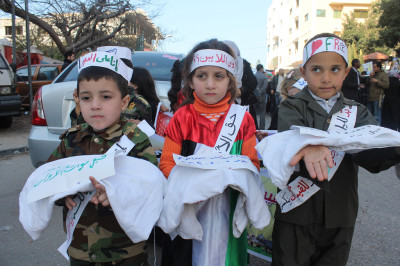 In the last four months, G4S lost contracts in the United Kingdon, Norway, South Africa and the Netherlands due to its involvement in Israeli violations of the international law, and to the pressure generated by the Boycott, Divest and Sanctions (BDS) movement. 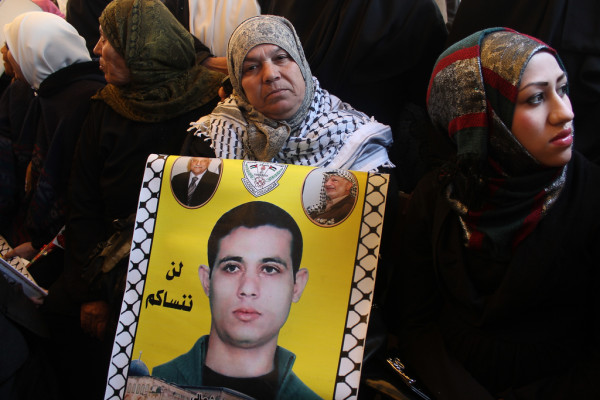