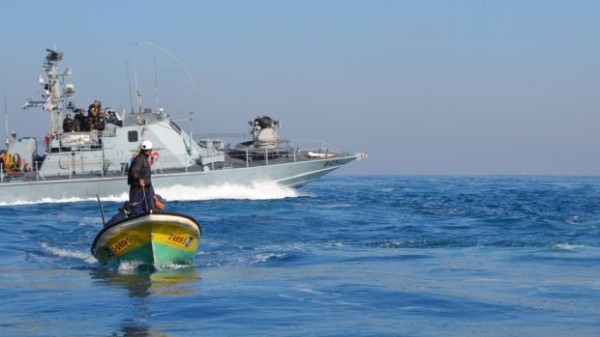 The Israeli navy regularly attacks and captures fishermen in Palestinian waters off the Gaza Strip. (Photo by Rosa Schiano)

On Tuesday, 17 December, Palestinian fishermen will pitch a protest tent in the Gaza seaport. The structure, which will stand for three days and be decorated with pictures of fishermen attacked or captured by the Israeli navy, is a demonstration against Israel’s naval blockade of the Gaza Strip and its military attacks on Palestinian fishermen.

Fishermen who have previously been attacked or captured, as well as representatives of fishing and human rights organizations, will be available for interviews. Palestinian and international supporters speaking Arabic, Catalan, English, French, German, Italian, Portuguese, Spanish and Swedish will also participate.

“As fishermen, we want people to stand in solidarity with us, to free Gaza waters and guarantee our full enjoyment of the fundamental right to sail freely, and to stop Israel’s massive violations against us,” said fisherman and activist Zakaria Baker. “It’s time to stop all kinds of war crimes against fishermen. It’s time to end the illegal siege, a form of collective punishment forbidden under international humanitarian law.”

“Gaza fishermen are seeking to enjoy their livelihoods based on dignity and freedom,” said Khalil Shaheen, director of the economic and social rights unit at the Palestinian Centre for Human Rights (PCHR). “Let people live their normal lives. End all collective punishment. Respect human rights in all circumstances.”

The “Free the Holy Land Sea” campaign is supported by PCHR, Activists for Palestinian Prisoners, the al-Mezan Center for Human Rights, the General Union of Fishermen, the International Solidarity Movement, the Palestinian Press Network, Supporters for Fishermen’s Rights, and the Unadikum Association.