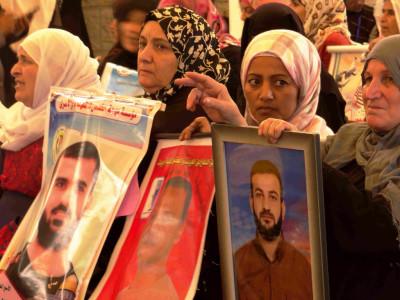 Like every Monday morning, relatives and friends, as well as local and international activists, gathered at the International Committee of the Red Cross in solidarity with the Palestinian political prisoners.

The rally started with the protesters chanting slogans, especially about their homeland Palestine and the political prisoner Marwan Barghouti.

Wives and mothers of the detainees stood in the middle of the tent holding pictures and banners of their imprisoned relatives.

After the weekly ceremony in support of the prisoners, Isra W. Almodallal, spokeswoman of the Palestinian government in Gaza, and Italian ISM activist Rosa Schiano spoke against Israeli prime minister Benjamin Netanyahu’s visit to Italy.

In their speeches, they highlighted how the agreements signed in the day’s bilateral meeting between Italy and Israel are violations of human rights and international law. They warned against the dangers of the military and scientific cooperation between the two countries and called for BDS campaigns as alternatives to cooperation with war criminals.

BDS directly affects Israel’s detention of Palestinians, since one of the companies targeted by BDS, the British-Danish G4S, operates inside Israeli prisons and detention facilities. 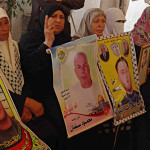 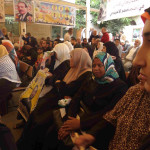 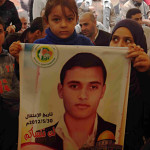 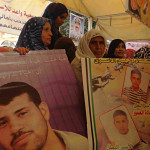