Photos: Palestinians rally for prisoners in Gaza as Samer Issawi freed in Jerusalem 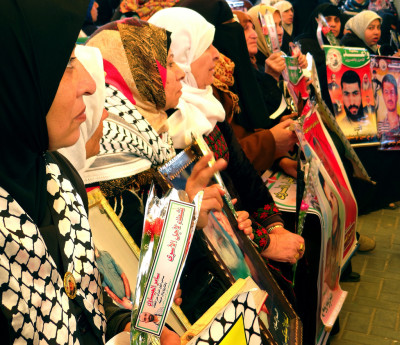 On 23rd December, like every Monday morning, relatives and friends of the Palestinian prisoners in Israeli jails gathered at the International Committee of the Red Cross’ Gaza office for the weekly rally.

But people at the rally had another reason to gather: the impending release of the Palestinian hero Samer Tariq Issawi, who spent more than 270 day on hunger strike before signing an agreement with the Israeli authorities on 22nd April .

Mothers and wives holding banners of their imprisoned relatives chanted slogans paying tribute to Issawi and all the Palestinian prisoners.

“Today Samer Issawi will be released,” the rally’s opening speech began. “We are so happy for him. We will distribute flowers to all the people here to celebrate his freedom. We need freedom of all the Palestinian prisoners in Israeli jails.”

“We, as Activists for Palestinian Prisoners, celebrate his release to Jerusalem after a 270 days hunger strike,” said Samoah Ahmeed, a Palestinian activist and journalist. “We are close to his family. We want freedom for all the Palestinian prisoners in the future.” 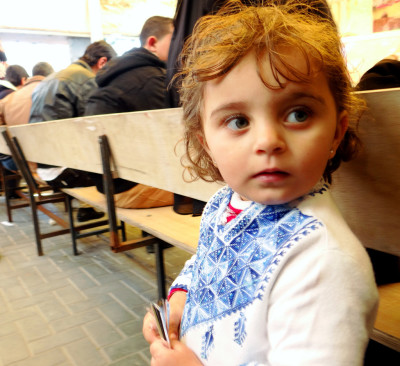 Sweets and flowers were distributed to the people attending the rally to honor Issawi’s release.

What made the release of Issawi’s freedom so special was also that he was not deported to the Gaza Strip, but was instead released in his hometown Issawiya, northeast of Jerusalem.

The Israeli authorities will release another five Palestinian prisoners in the Gaza Strip through the Erez checkpoint next week as part of the current round of negotiations between the Palestinian Authority and the Israeli government. 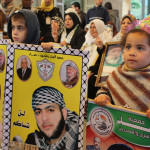 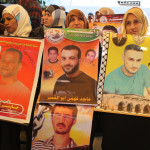 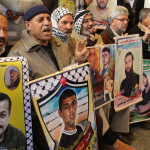 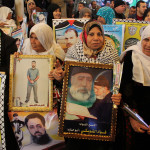 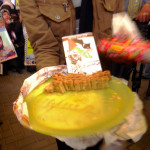 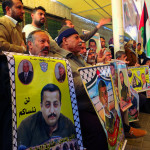 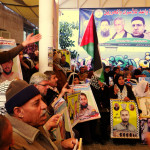