Photos: A visit to the Gaza fish auction 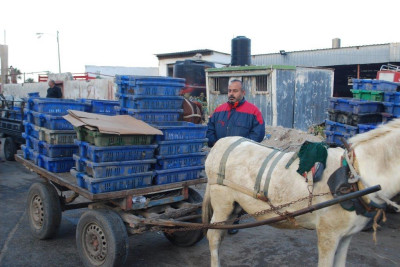 Gaza’s fish action brought back memories from both my time as a fisherman and my work in the port of Gothenburg. There was the same crowding around the neat rows of boxes, filled with different types of fish and shellfish, the auctioneer’s pad and pen, the attention, the exclamations.

In my hometown, I never ceased to be fascinated by the almost invisible signs from the sellers: a quickly raised eyebrow, a wink, barely discernible nod, a blow with a pencil against a block. Here the signals were clearer, but the concern that I would accidentally give a sign that could be seen as an acceptance of the auctioneer’s bid was still within me. 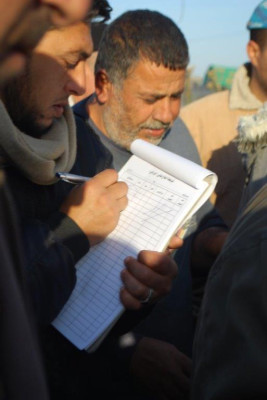 But there was also another difference, a more substantial one: the amount of fish. In Gothenburg, there were double rows, five to six boxes high, arranged in line after line. The group of men, for they were all men, moved along them as they were sold. The boat that unloaded its cargo first also sold it first, which usually generated the best price. It was always a race against the clock to come into the harbor and unload as quickly as possible.

Here in Gaza, the rows were fewer, and no box was set on another. And I suppose that instead of a race against time to unload first, there was pressure to get into the harbor before the Israeli navy attacked. For it is precisely because of Israeli violence that the catches are so small.

The number of registered fishing boats in Gaza today is only 433. The largest of them is around twenty meters. Far from all that are seaworthy. Likewise, the number of registered fishermen has fallen from about 5,000 during the 1980s to fewer than 3,000 today, according to the UN. In 2000, the fishing industry was valued at $10 million, but today it is only a shadow.

That was clear to me where I stood and watched the auction over the few boxes of fish that were up for bidding. In 2009, the total catch was 1,526 tons, down 42% since 2000. And as the shallow waters are increasingly overfished, the catch will continue its steep decline. The fish are in deeper water, still in Palestinian waters, but where the fishermen are not allowed. Where they are attacked, have their gear destroyed and boats seized by the Israeli military. 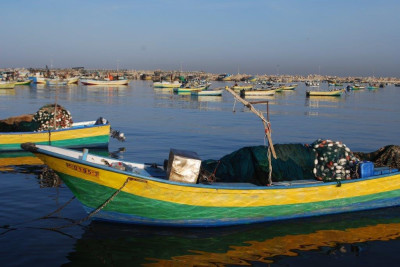 According to the Oslo Accords, fishermen can use their water up to 20 nautical miles from the coast, but the occupying power has limited this right to only six miles. Even within this limit, which has no basis in international law, attacks against fishermen are common. The situation is serious for the 35,000 people who still directly depend on the fishing industry, not to mention the overall economy.

And that is perhaps why this collective punishment, a violation of the fourth Geneva Convention, continues. It hurts the Palestinian economy, making Palestinians totally dependent on foreign aid, in order to make it impossible for a viable Palestinian state to become a reality. And as long as this inhumane policy continues, enforced through military aggression and without strong international condemnation, there will be fewer and fewer boxes of fish for the auctioneer to announce. 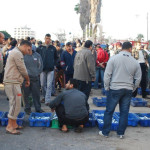 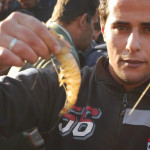 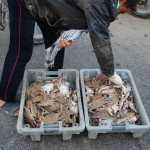 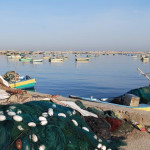 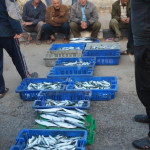 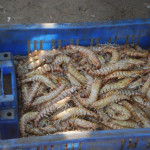 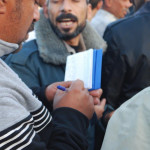 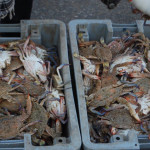 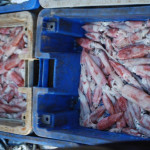 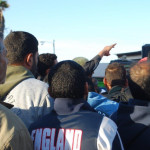