Israeli soldiers have declared a road south of Qusra, in Nablus District, a security zone, thus denying villagers access to over 500 dunams of their farmland.

At 10:00 this morning, Israeli soldiers positioned themselves at various strategic points around the village. The commander then held a meeting on the farmland with the mayor of Qusra. It was in this meeting that the Israeli army officially appropriated the land, claiming “security reasons.”

Farmers have been told that they may apply for permits to access their land. However, Palestinian farmers state that these applications are frequently ignored. One farmer stated: “I’m sure they will not give anything to the farmers. This is a military order: it will pass.” 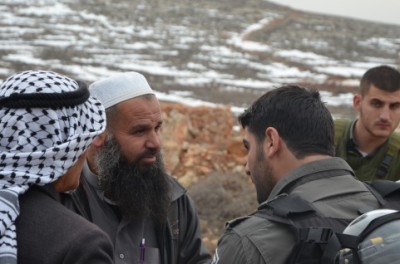 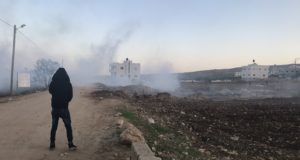