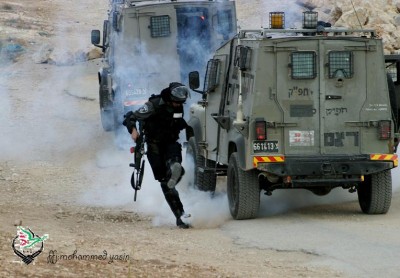 This Friday, October the 1st, Bil’in’s weekly peaceful demonstration has once again been a violent demonstration from the Israeli state, while live ammunition and huge quantities of tear gas have been shot.

Dozens of Palestinians, Israelis and international peace activists attended the March today, continuing the 8 years tradition and also today as a reminder of the Balfour declarations anniversary.

Demonstrators marched, after Friday prayers, from the center of the village towards the Israeli Apartheid wall , raising Palestinian flags and chanting slogans calling for national unity and release of all political prisoners. Upon their arrival to the Abu lemon area, near the Wall, the Israeli soldiers, stationed behind the apartheid wall, immediately fired massive amount of stun grenades, rubber coated steel bullets, tear gas canisters and .22 bullets towards the participants to prevent them from getting closer to the wall. Military jeeps then chased the activists in order to arrest them. Clashes broke out and lasted for more than three hours. Ahmed Bornat was taken by an ambulance to the Ramallah hospital (Palestinian Medical Complex), the other injured are accordin to later reports safe now. The massive firing of gas canisters, led to the burning of a large area planted with olive trees. 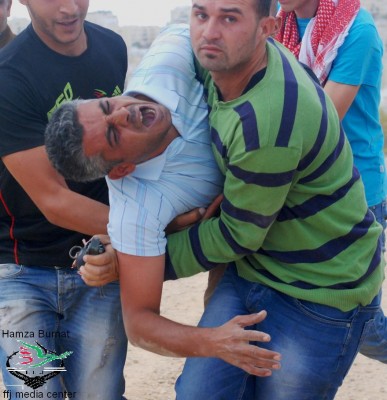 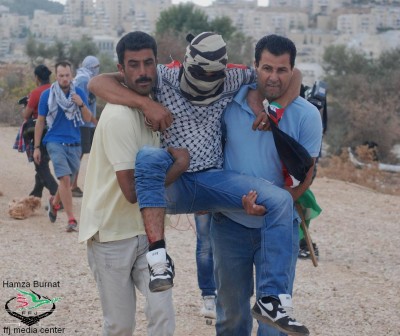