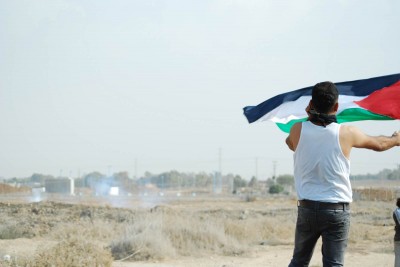 Palestinians demonstrate in the buffer zone East of Gaza City on the anniversary of the signing of the Balfour Declaration. (Photo by ISM – Gaza team)

On 2nd November 2013 Israeli forces fired tear gas at Palestinians demonstrating in the Gaza buffer zone East of Gaza City, by the Nahal Oz checkpoint. A report of the demonstration by an eyewitness can be viewed here. Pictures of one of the canisters fired at the activists are shown below.

Corporate Watch has written several articles about Israel’s use of tear gas in the West Bank. Some of our previous work can be found here and here.

This canister looks a little different to the ones that we have seen in the West Bank, particularly because it is encased in a hard plastic shell. We do not have any evidence to determine which company supplied these canisters to the Israeli military. However, we know that tear gas canisters manufactured by Combined Systems (CSI) in the US and Defense Technologies, previously owned by the British arms giant BAE systems and now owned by the US firm Safariland, have been used by the Israeli police and army in the past.

It is imperative that BDS campaigners take action against companies selling tear gas to Israel.

Combined Systems can be contacted at:

Safariland can be contacted at: 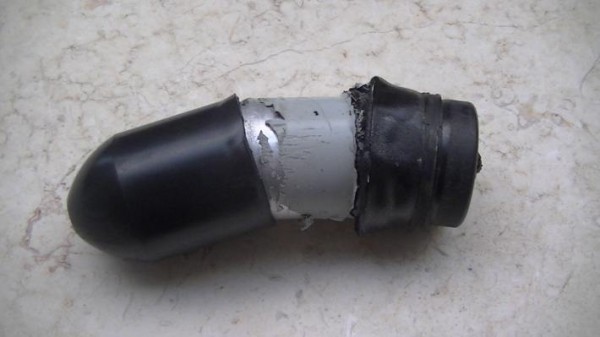 Gas canister fired at Palestinian demonstrators in the buffer zone on 2/11/13. (Photo by Corporate Watch) 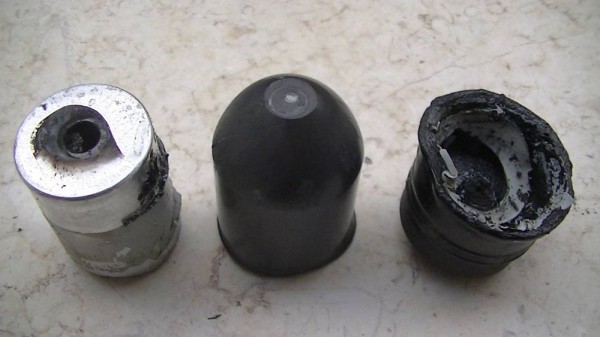 The three separate pieces of the canister fired at Palestinian demonstrators in the buffer zone – 2/11/13. (Photo by Corporate Watch)