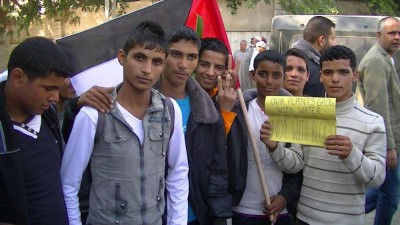 On 20th November 2013, hundreds of farmers and fisherfolk gathered outside the United Nations Special Coordinator for the Middle East (UNSCO) in Gaza City to demand that the international community take action to prevent the Israeli military’s attacks against them and to end the occupation.

One fisherman told Corporate Watch, “We are only looking for our daily food and a livelihood. We want to ask the UN to pressure the Israeli occupation not to attack us. We are just trying to earn a living for our families.” 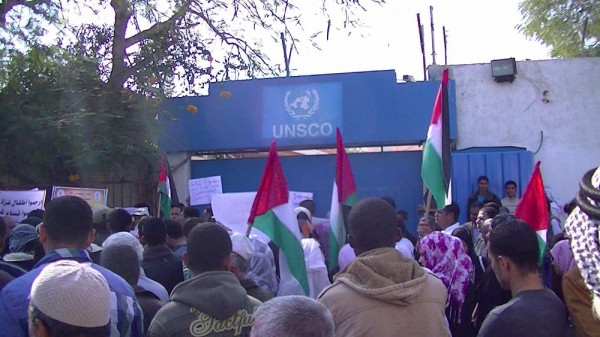 Saad El-Deen Ziada, Farmer and Fishermen Coordinator for the Union of Agricultural Work Committees, said, “This demonstration was the start of a Palestinian and international campaign to access our lands and control our water. To achieve what we call food sovereignty.

Several of the speakers at the demonstration also emphasised the importance of the international campaign for boycott, divestment and sanctions against Israeli apartheid.

A delegation from the demonstration delivered a letter to a representative of Ban Ki-moon articulating the protesters’ demands. 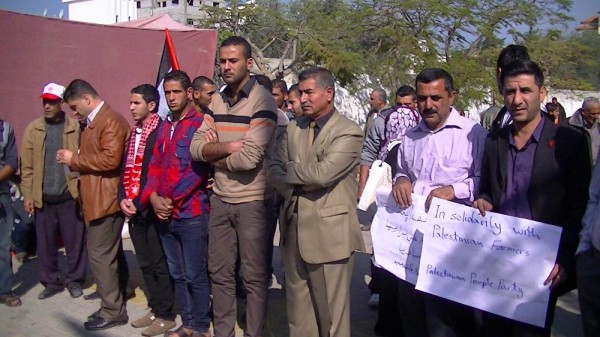 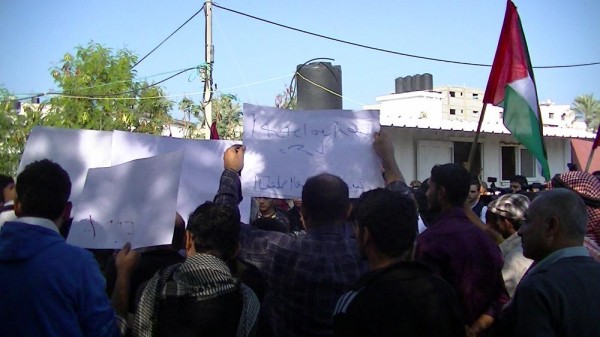 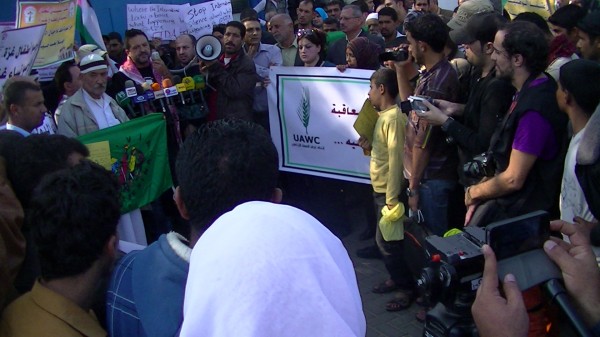 Palestinians and internationals deliver a message to the international community – 20/11/13. (Photo by Corporate Watch) 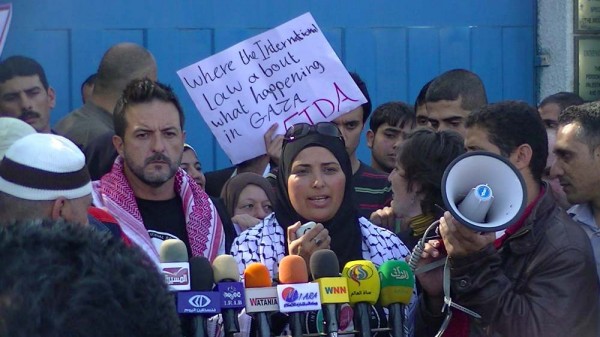