New
Home / Press Releases / Day of Rage against the Prawer Plan will be held this Saturday, 30th of November, in the Naqab

Day of Rage against the Prawer Plan will be held this Saturday, 30th of November, in the Naqab

After a month laden with demonstrations and debates in the Interior Affairs Committee of the Knesset, this Saturday will see the largest event held thus far in the Naqab (Negev), with thousands of protesters expected to arrive from around the country. Parallel protests will be held in Gaza, Ramallah, Haifa, Berlin, The Hague, Cairo and 25 other cities around the world. This is a critical moment: the fate of up to 70,000 Palestinian-Bedouin indigenous to the Naqab (Negev) will soon be determined.

In their words, “We are human beings and citizens, but the Prawer Plan treats us like animals who can be moved around from place to place with no consultation or regard for our wishes. This Saturday, we will stand with our supporters from near and afar, and call for the recognition of the villages denied recognition and for a halt to this cruel plan.”

The Prawer-Begin plan will allow Israeli police to use force in its expulsion of Palestinian-Bedouins. It will also permit the police to arrest and imprison any Palestinian-Bedouin up to two years for violating the law. The plan negates Palestinian-Bedouin ownership rights in their ancestral land, it gives Israel’s Prime Minister unprecedented powers to implement the plan and it legitimizes the use of violence and coercion in the execution of the plan. Moreover, it is  a plan that has at its heart the demographic transformation of the Naqab (Negev) area, by expanding Jewish-Israeli presence on the expense of the indigenous Palestinian-Bedouins. In short, the Prawer-Begin Plan rises to a crime against humanity as delineated in the Rome Statue, Article 7.1 (d) and 7.2 (d).

“The state is treating us like objects to be shunted about,” says Huda Abu-Obeid, a law student and an activist against the Prawer Plan. “We are being denied the basic right to decide our own fate – to decide where to live and how to dispose our property, our basic right to a home. But we will not give up and will continue to resist the Plan nonviolently.”

Abu-Obeid adds: “Imagine the State of Israel enacted a law forbidding citizens whose name starts with an A to live west of Route 4, in central Israel. The Prawer Plan says something similar to the Palestinian-Bedouins of the Naqab – it forbids them from living and holding property west of Route 40. The government is trying to present the plan as ‘in the best interest of the Bedouin,’ while with one hand it is acting to destroy Bedouin villages through the Prawer Plan and with the other it is building new Jewish localities in the Negev, some of these in the very same places where the villages stand today.”

“The plan is titled ‘The plan to regularize Bedouin settlement in the Negev’, but it does nothing to solve problems and regularize our settlements – it stipulates only destruction,” says Fadi El-Obra, a 29-year-old from Rahat, active against the Prawer Plan. “What about the people the government plan to deprive of their homes? We Palestinian Bedouins live in the villages because our livelihood depends on it; you cannot uproot an entire population and urbanize it without consultation – and that is precisely what the government is doing.”

Israel’s government claims that the plan’s objective is to ‘modernize’ and ‘alleviate’ the socio-economic conditions of Palestinian-Bedouins runs counter to many historical facts, and is racist on its own. First and foremost, the Israeli government did not approach the Palestinian-Bedouin community to ask them for their needs, nor did they consult the Palestinian political leadership within Israel. This is a plan devised by the government without any input from those immediately and directly affected. Second, unlike Israel’s claim Palestinian-Bedouins are not ‘nomads’, they have settled in villages more than a century ago and have lead a sedentary, agricultural based life on their ancestral land for decades now.

The central rally will take place at 3:30 pm at the Hura Junction on Route 31 in the Naqab. 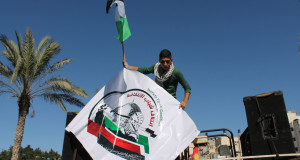 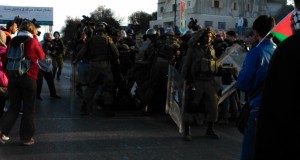 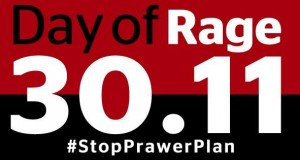 Join Palestinians on November 30th to protest against the Prawer plan