Yesterday in Khalil, a number of Palestinians were transporting building material to a house in Tel Rumeida. By doing so, they were challenging the army by transporting the material using a tractor on the only remaining road to the house, one which the tractor is not allowed to access. The army halted the transportation of materials and Mufit Al Sharabati (50) was arrested and then severely beaten in a military base. Imad Al-Atrash (19), a young man from Youth Against Settlements (YAS) was also beaten and injured during his arrest. Both men required hospital treatment for their injuries. Mufit requires serious medical attention and was taken to the operation room soon after he arrived at the hospital.

Building work in Tel Rumeida is extremely difficult work even with the correct permits, which Mufit (the property owner) has legally obtained. The realities imposed by the occupation on the ground make it practically impossible to physically carry out the work required. The house in question yesterday required materials to be transported using  a tractor, however the only road which leads to the olive groves in Tel Rumeida where Mufit’s house is located cannot be legally accessed by this tractor. Therefore the only option left to the Palestinians attempting to carry out building work, is to challenge this law, risking detention, arrest or injury to do so. With today’s incident this was the situation.

The locals in Tel Rumeida are very aware of the consequences of attempting to challenge occupation law, yet they consistently try to overcome this ban, refusing to give in to this injustice. Yesterday’s episode is only the most recent of a series of previous attempts by these same individuals to bring the building material using the tractor on the banned road. Only two days ago this was attempted and halted by the Israeli army with the tractor being held and the driver detained. Several weeks ago this process was once again attempted resulting in two arrests and the confiscation of the tractor for several hours.

The incident yesterday began in similar circumstances, with the soldiers halting the tractors progress early on its journey. However, the soldiers then decided to arrest Mufit who was later beaten in an army base, requiring hospital treatment where he currently remains. There was also an attempt to arrest Imad, 8 soldiers physically picked him up to carry him to their vehicle, beating him whilst they did so. Imad tried to struggle against the soldiers and was dropped to the pavement where he hit his head on the concrete. When activists arrived on the scene, Imad was semi-conscious, shaking and unable to speak. He was transported by ambulance to the local hospital and has since been released. The fate of Mufit’s house remains to be seen, however the overall picture in Tel Rumeida and other parts of Khalil and the occupied West Bank, is one of continuous attempts at evicting Palestinians indirectly by making their lives and the possibilities for improving their circumstances, more difficult every day. 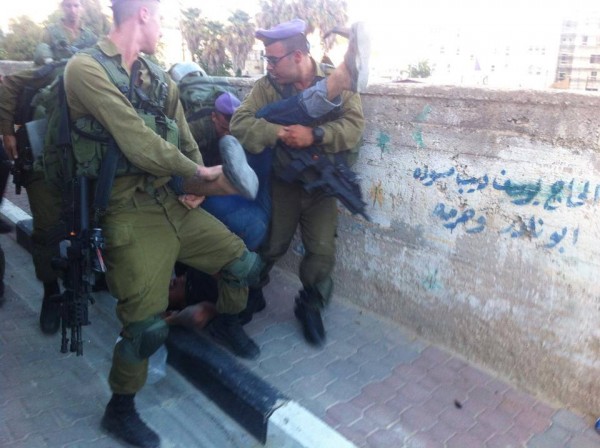 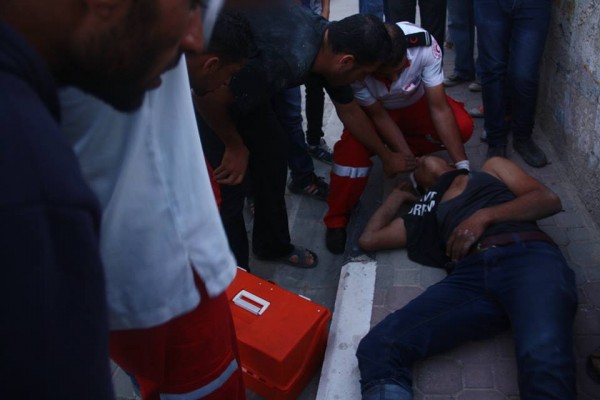