Yesterday, Friday 6th September, the weekly demonstration at Bil’in continued in solidarity towards prisoners in Israel and in protest of the recent settler attack at Al-Aqsa mosque. During the demonstration a photographer, Mohammed Basman Yassin (21) was shot in the leg by a tear gas canister.

The regular demonstration is organised by the Popular Struggle Committee and included dozens of Palestinian, Israeli and international activists. The demonstrations began in protest against the settlements and apartheid wall that was illegally built on Bil’in land.

The protest march began after Friday prayers from the centre of the village heading towards the annexation wall. The activists raised Palestinian flags and chanted slogans calling for national unity, resistance against the occupation and the release of all prisoners. As the demonstrators reached the wall area, Israeli occupation forces fired rubber-coated steel bullets, tear gas canisters, sound grenades and “skunk” water (waste water mixed with chemicals). Some of the youth of Bil’in threw stones at the soldiers, who then proceeded to chase the demonstrators into the olive groves and to the outskirts of the village, which is where Mohammed was injured. 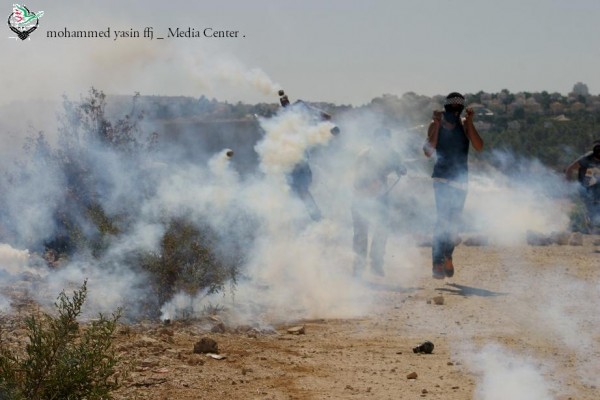 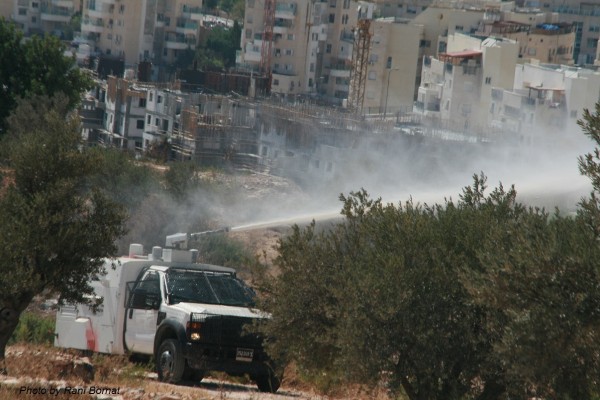