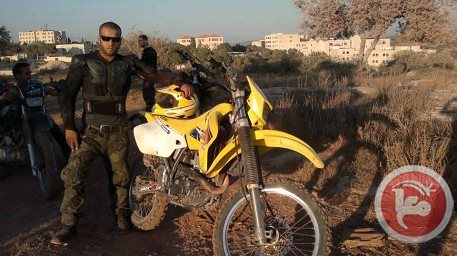 In an excessive use of lethal force, on Tuesday morning, 17 September 2013, Israeli occupation forces killed a Palestinian civilian and wounded 4 others, including 3 children, in Jenin refugee camp in the northern West Bank.

According to investigations conducted by the Palestinian Center for Human Rights (PCHR) and the testimonies of the victim’s two brothers – Kamal, 34, and Mustafa, 23, at approximately 02:30 on Tuesday, 17 September 2013, Israeli forces in about 22 military vehicles moved into Jenin refugee camp, west of Jenin town. A number of young men gathered and threw stones at Israeli military vehicles. In response, Israeli soldiers fired rubber-coated metal bullets and sound bombs. The clashes continued for a few hours, but no casualties were reported. At approximately 06:00, Israeli forces moved back to edges of the camp. Half an hour later, a special unit of Israeli forces backed with 4 military vehicles moved into the camp. They stationed in the center of the camp. Israeli soldiers who were in black military uniform raided 3-storey apartment building belonging to Hussam al-Tubasi. Israeli soldiers blew up the doors of the house and stepped up to a room on the roof where the owner’s sons, Islam, 20, and Mustafa, 23, live. Islam and Mustafa got out of their room to find out what was going on as they heard explosions. Immediately, Israeli soldiers kicked Mustafa, pushed him to the ground and handcuffed him. He saw Israeli soldiers pushing Islam into the room. Two Israeli soldiers then pulled Mustafa down to the second floor and held him in a bathroom. In the meantime, sounds of shooting were being heard on the roof. A few minutes, Israeli soldier stepped down taking Islam who was bleeding. They fired at his legs again in front of the building and took him.

Soon after, Israeli forces brought backups into the camp. A number of young men and children gathered and threw stones and home-made hand grenades at Israeli forces that were surrounding al-Tubassi’s house. Israeli soldiers opened fire indiscriminately. As a result, 4 civilians, including 3 children, were wounded:

In the afternoon, an ambulance of Palestine Red Crescent Society moved to Salem military post, northwest of Jenin, and received Islam’s body as he had be pronounced dead in an Israeli hospital. The body was taken to Jenin Hospital, where medical sources stated that the victim was hit by 2 live bullets to the abdomen and 2 ones to the legs.

It should be noted that Tubassi is the third civilian killed in Jenin refugee camp in 4 weeks. On 20 August 2013, Israeli forces killed Majd Mohammed al-Shahla, 21, and wounded 3 others, including 17-year-old Kareem Subhi Abu Sbaih, who succumbed to his wound on 31 August 2013.

PCHR is deeply concerned over this crime, which further proves the use of excessive force by Israeli forces against the Palestinian civilians in disregard for the civilians’ lives. Therefore, PCHR calls upon the international community to take immediate and effective actions to put an end to such crimes and reiterates its call for the High Contracting Parties to the Fourth Geneva Convention of 1949 to fulfill their obligations under Article 1; i.e., to respect and to ensure respect for the Convention in all circumstances, and their obligation under Article 146 to prosecute persons alleged to commit grave breaches of the Fourth Geneva Convention. These grave breaches constitute war crimes under Article 147 of the same Convention and Protocol (I) Additional to the Geneva Conventions.